Following her “Annie” gig, Christy Carlson Romano took part in other stage productions, such as “The Will Rogers Follies” and “The Sound Of Music.” Several years later, the teen actress began her film career as Dani in the TV family drama The Many Trials of Tammy B (1996), the trick-or-treat child in Woody Allen’s Everybody Says I Love You (1996) and the abused Pearl in the comedy drama Henry Fool (1997). Romano, who in 1999 appeared as Jo in the off-Broadway musical “Stars In Your Eyes,” made her Broadway debut with the role of Mary Phagan, a young girl murdered in the factory where she worked, in the musical “Parade” (2000).

The cast member of the soap opera “The Guiding Light” (1999, as Erica) acquired the female lead role of studious, brother-hating Ren Stevens in the Disney Channel sitcom “Even Stevens” (1999-2003), which eventually brought her wider fame and two Young Artist awards for Best Leading Young Actress. Later, she won another Young Artist award for reprising the role in the spin-off TV film The Even Stevens Movie (2003).

Still working for the Disney Channel, Romano was cast as Cadet Captain Jennifer Stone in Cadet Kelly (2002, TV), provided her vocals for Yuffie Kisaragi in the video game Kingdom Hearts (2002, also in Final Fantasy VII: Advent Children, 2005) and voiced the titular character of a high school student-turned-hero in the now-airing animated series “Kim Possible” (show began in 2002). For her voice acting in the series, the actress was nominated for a Daytime Emmy for Best Performer in an Animated Program. Romano, who also sang “Say the Word” for the TV show, re-voiced the character for the video game Kim Possible: Revenge of Monkey Fist (2002), as well as the TV films Kim Possible: A Sitch in Time (2003) and Kim Possible: So the Drama (2005, also sang “Could It Be”).

On stage, Romano had a huge success after starring as Belle in Disney’s sold out stage version of “Beauty and the Beast” (2004), at the Junior Broadway Theater Festival. At the same occasion, the actress was handed a Junior Broadway Star award. Romano also enchanted her audiences with her turn as Tina Denmark in “Ruthless,” Pippa in the revival of Agatha Christie’s “Spider Web,” Mary in “The Night of the Hunter,” Zoë in “Just One World,” Antonia in “Tatiana in Color” and a soloist in “Broadway Kids Sing Broadway.”

Subsequent to her singing performance in The Princess Diaries 2: Royal Engagement (2004), Teacher’s Pet (2004) and Zenon: Z3 (2004), Romano concentrated on a full-time recording career with the album Christy Carlson Romano: Greatest Disney TV & Film Hits (2004). The recording featured the single “Dive In” and other Disney soundtracks she had previously sung.

A year later, Romano turned to the Internet and launched a music account to share her new songs with fans. The 14 posted-tracks included “The Problem,” “Promise” (co-written with Stacy Jones), “Just A Song,” “A Boy Like You” and “Running Away.” With those materials, she will reportedly release a debut album with the label Virgin Records.

Romano, who was seen in Chris Brown’s “Run It” (2005) music video, had her non-Disney appearance in an episode of the teen drama series “Summerland” (2005) and the direct-to-video sequel The Cutting Edge: Going for the Gold (2006, starred as Jackie Dorsey, also sang “We’ll Awaken”). She is set to voice Nica in the animated movie The Legend of Secret Pass, which is slated for release in 2007. Other cast members of the upcoming film are Frankie Muniz, Joe Pantoliano, Cheryl Hines, Ron Perlman, David Cross and Shelley Berman. 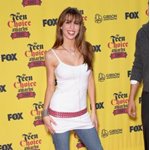