On the advice of The Sydney Morning Herald columnist Peter Bowers, Bath applied to study communications at Mitchell College (now Charles Sturt University) in Bathurst. Not only was she accepted into the course, she also won a scholarship, and majored in politics. In 1988, half-way through the last year of her three-year course, she was offered a job at Sydney AM radio station 2UE as a cadet reporter and newsreader.

Her second job came a year later, after a friend encouraged her to apply for a job with a regional television station in Albury. She moved to Albury-Wodonga, where she spent the next 20 months working at Prime Television station AMV-4 and spending her weekends in Melbourne. At AMV-4, she started reporting, was the weather presenter for a while, then finished off as the full-time newsreader.

In 1991, at 23, she joined Newcastle's NBN Television, where she stayed for the next five years as a reporter and host to the evening local news broadcast. Originally she thought she was going there as just a reporter, but the newsreader resigned and they offered the vacant position to her. She resigned from NBN Newcastle in late 1995 after being offered a job by Seven in Sydney. NBN took Bath to the Supreme Court to delay her appearance on Seven. The court granted an injunction against her appearing on Seven before February 1, 1996. [3] 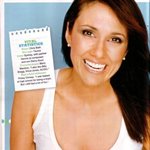 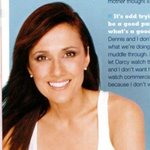