Charlie Sheen was born Carlos Irwin Estévez on September 3, 1965, in New York City. His father, Martin Sheen, at the time was an actor just breaking into the business with performances on Broadway. His mother, Janet Sheen, was a former New York art student who had met Charlie's father right after he had moved to Manhattan. Martin and Janet had three other children, Emilio Estevez, Renée Estevez, and Ramon Estevez, all of whom became actors.

At a young age, Charlie took an interest in his father's acting career. When he was nine, he was given a small part in his dad's movie The Execution of Private Slovik (1974) (TV). In 1977, he was in the Phillipines where his dad suffered a near-fatal heart attack on the set of Apocalypse Now (1979).

While at Santa Monica High School, Charlie had two major interests: acting and baseball. Along with his friends, which included Rob Lowe and Sean Penn, he produced and starred in several amateur Super-8 films. On the Vikings baseball team, he was a star shortstop and pitcher. His lifetime record as a pitcher was 40-15. His interest and skill in baseball would later influence some of his movie roles. Unfortunately, his success on the baseball field did not translate to success in the classroom, as he struggled to keep his grades up. Just a few weeks before his scheduled graduation date, Charlie was expelled due to poor attendance and bad grades.

After high school, Charlie aggressively pursued many acting roles. His first major role was as a high school student in the teen war film Red Dawn (1984). He followed this up with relatively small roles in TV movies and low-profile releases. His big break came in 1986 when he starred in Oliver Stone's Oscar winning epic Platoon (1986). He drew rave reviews for his portrayal of a young soldier who is caught in the center of a moral crisis in Vietman.

The success of Platoon (1986) prompted Oliver Stone to cast Charlie in his next movie Wall Street (1987) alongside his father and veteran actor Michael Douglas. The movie with its "Greed is Good" theme became an instant hit with viewers.

Shortly after, Stone approached Charlie about the starring role in his next movie, Born on the Fourth of July (1989). When Tom Cruise eventually got the part, Sheen ended up hearing the news from his brother Emilio Estevez and not even getting as much as a call from Stone. This led to a fallout, and the two have not worked together since.

The fallout with Stone, however, did nothing to hurt Charlie's career in the late 1980s and early '90s, as he continued to establish himself as one of the top box office draws with a string of hits that included Young Guns (1988), Major League (1989), and Hot Shots! (1991). However, as the mid-'90s neared, his good fortune both personally and professionally, soon came to an end.

Around this time, Charlie, who had already been to drug rehab, was beginning to develop a reputation as a hard-partying, womanizer. In 1995, the same year he was briefly married to model Donna Peele, he was called to testify at the trial of Hollywood madam Heidi Fleiss. At the trial, while under oath he admitted to spending nearly $50,000 on 27 of Fleiss' $2,500-a-night prostitutes.

His downward spiral continued the following year when his ex-girlfriend Brittany Ashland filed charges claiming that he physically abused her. He was later charged with misdemeanor battery to which he pleaded no contest and was given a year's suspended sentence, two years' probation and a $2,800 fine. He finally hit rock bottom in May 1998 when he was hospitalized in Thousand Oaks, California, following a near-fatal drug overdose. Later that month, he was ordered back to the drug rehab center, which he had previously left after one day.

During this stretch, Charlie's film career began to suffer as well. He starred in a series of box office flops that included The Arrival (1996) and Shadow Conspiracy (1997). However as the 1990s came to end, so did Charlie's string of bad luck.

In 2000, Charlie, now clean and sober, was chosen to replace Michael J. Fox on the ABC hit sitcom "Spin City" (1996). Though his stint lasted only two seasons, Charlie's performance caught the eye of CBS executives who in 2003 were looking for an established star to help carry their Monday night lineup of sitcoms that included "Everybody Loves Raymond" (1996). The sitcom "Two and a Half Men" (2003) starred Charlie as a swinging, irresponsible womanizer whose life changes when his nephew suddenly appears on his doorstep. The show became a huge hit, breathing much needed life into Charlie's fading career.

Charlie's personal life also appeared to be improving. In 2002, he married fellow actress Denise Richards, whom he first met while shooting the movie Good Advice (2001). In March 2004, they had a daughter, Sam, and it was announced shortly after that Denise was pregnant with the couple's second child. By all reports, the couple seemed to be very happy together. However, like all of Charlie's previous relationships, the stability did not last long. In March of 2005, Denise, who was six-months pregnant, filed for divorce, citing irreconcilable differences. She gave birth to a second daughter, Lola, in June of that same year. Their divorce became final in late 2006. 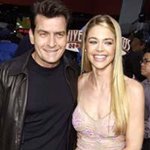 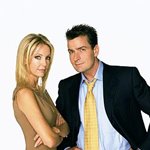 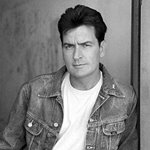 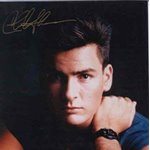 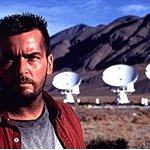 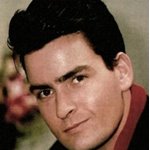 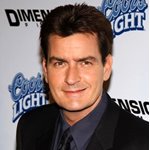 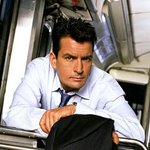