Casting Crowns is a 2007 Grammy award and Dove Award winning Christian band that employs a soft rock music style. The band was created by youth pastor Mark Hall at First Baptist Church Downtown Daytona Beach, Florida. He also serves as a lead vocalist. The band previously served and performed in a youth group in Atlanta, Georgia.

Discovered by, among others, contemporary Christian music legend Steven Curtis Chapman, Casting Crowns received a recording contract and vaulted to popularity in 2003 with their self-titled debut album Casting Crowns. The album quickly made them one of the fastest selling debut artists in Christian music history. Lifesong followed in 2005, debuting at #9 on the Billboard 200 Albums Chart. Both albums have been certified Platinum. The band's third album The Altar and the Door debuted at #2 on the Billboard 200 Albums Chart and #1 on the Hot Christian Albums chart upon its release in August of 2007. Ten weeks after it came out it was certified Gold. 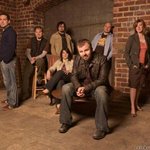 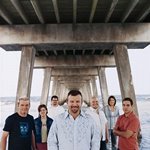 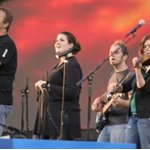