Born in Sandhult, Västergötland, Carolina Klüft grew up in Växjö, where her father, mother and three sisters still live. She currently lives in Karlskrona together with her boyfriend Patrik Kristiansson, who is a pole vaulter. When she's not training or competing she is a student at the University of Växjö, studying Peace and Development. She has visited areas of Sri Lanka hit by the 2004 Boxing Day Tsunami to make a film for Swedish TV[1] and also sponsors children in Africa.

Klüft is renowned for her friendly nature and exuberance when competing. This makes her very popular amongst fans and fellow athletes. She is particularly friendly with British rival Kelly Sotherton, and the two can often be seen chatting during competitions. Klüft regularly leads the other heptathletes on a lap of honour after a major competition.

She is part of Reebok's "I am what I am" advertising campaign along with several other sports stars.[2] She has been the focus of poster photography for Reebok, taken by celebrity photographer Jason Bell.[3]

Carolina has been nominated for three consecutive Laureus World Sportswoman of the Year awards from 2005-2007.[4]

By heptathlon standards Klüft has always been excellent in the jumping events and also in sprinting and hurdling. She has steadily improved in the throwing events and 800 m and now has no weak events.

She has currently, as of February 3, 2007, been ranked the number one female pentathlete / heptathlete in the world unbroken since September 16, 2002, making it more than four years as number one on the list. She has also been unbeaten in heptathlon and pentathlon over this period, winning nine consecutive gold medals in major championships

Klüft is one of very few athletes to at some time hold all five available international titles, Olympic, World Outdoor, Regional (Europe in her case) Outdoor, World Indoor and Regional Indoor. And at the age of 22 she was the youngest athlete ever to hold all five. 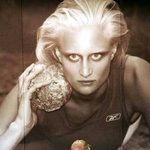 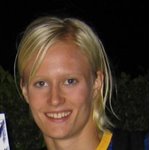 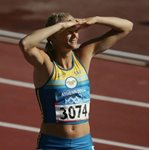 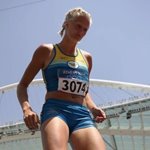