Carmella Danielle DeCesare was born on July 1, 1982, in Avon Lake, Ohio. She had the good fortune of being raised by two caring parents, and her father made a decent living working for UPS. Little did they know (or probably care to) that their little girl would someday become the object of fantasy for millions of men worldwide.

Carmella had a knack for schoolwork and continued her studies after high school. At college, she studied business administration. But beneath a serious demeanor, Carmella longed to be famous. In fact, she had always nursed ambitions of becoming a model. In early 2002, barely 19 years old, she decided that she would have to take the proverbial bull by the horns and make her dream come true.

Her first, bold step towards doing so was to sign up for a FOX reality show called Who Wants To Be A Playmate Centerfold?. This special followed playboy magazine's nationwide search for the perfect Miss July. From hundreds of hopeful applicants, the judges honed down the selection to 12, one of whom would go on to take the prize.

It was no surprise that Carmella made it to the final 12. She was so stunning that she dazzled the judges. However, Carmella felt uneasy about the environment. Truth be told, she couldn't stand the ever-present cameras.

Carmella felt that the show was violating her privacy and the producers were displaying a lack of respect toward her. She outright left the production -- leaving her dream behind in order to hang on to her integrity.

When playboy's founder, Hugh Hefner, learned that Carmella was leaving the show, he had one of his secretaries contact her with an invitation to his birthday party.

They say that the best business deals are made at parties, and this was the case for the Ohio native. Hefner personally asked Carmella if she would ever consider changing her mind about posing for his magazine. They agreed to set up a test shoot.

As a result of the trial shoot, Carmella was featured on the playboy website and named Cyber Girl of the Month for February 2003.

Carmella had always been a good girl and feared her parents' reaction. At first, they were uncomfortable with the idea of their daughter's body being exposed to the entire world. But eventually, they came around and supported her decision.

Being as grounded as she was, Carmella did not quit her day job. Even as her modeling career heated up, Carmella continued working at the title agency that had hired her before she started dabbling in posing. It was apparent to everyone who saw Carmella's early photo shoots that she shouldn't be confined to cyberspace. The people at playboy also understood this.

Consequently, they decided that they should give her a more glamorous title. Carmella was invited back to the photo studio and was named Playmate of the Month for April 2003.

The issue sold like hotcakes, and Carmella's popularity soared. She soon made appearances on shows like Street Smarts, The Howard Stern Show and a special Playboy edition of the hit game show Family Feud.

2003 was a great year for playmates and guys who like to stare at them. With a pool of such beauties as Laurie Fetter, Audra Lynn and Divini Rae, picking just one made for some fierce competition. Nevertheless, in the June 2004 issue of the magazine, readers learned that Carmella had been chosen as Playmate of the Year.

During the summer of 2004, the popular Raw Is War wrestling show tried something a little different. Instead of focusing on their WWE wrestlers, they decided to hold what they called a Diva Search, a beauty pageant of sorts with $250,000 at stake.

Carmella signed up for this contest and made it to the final two, eventually losing out to Christy Hemme. It surely didn't hurt that she appeared again in playboy in their August 2004 issue. In spite of all the publicity Carmella's been getting, she continues attending college and is hoping to get her master's degree. Before settling down with a family of her own, she'd like to have a career working in sales for a pharmaceuticals company when her modeling days are over. 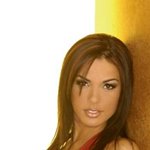 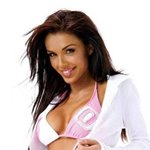 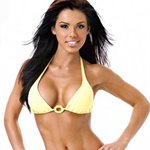 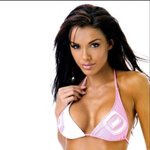 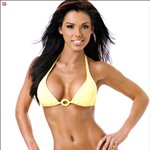 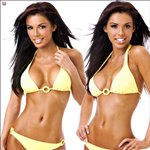 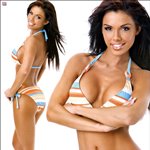 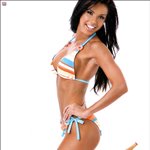 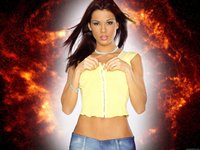 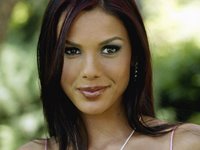 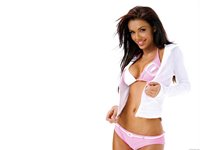 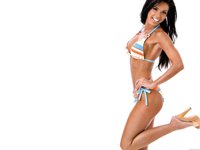 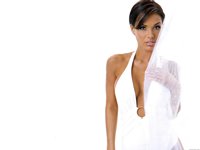 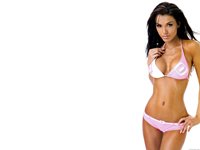 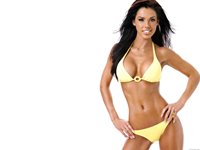 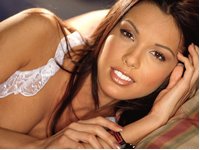 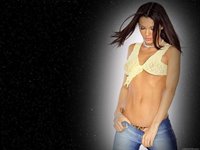