Born in Omaha, Nebraska, Bryan Greenberg discovered acting at an early age, pursuing it while earning a B.F.A. at New York University. He acted in stage productions while at NYU, then went on to perform with several other theater companies. Greenberg made his small screen debut with a 1997 guest appearance on "Law & Order" (1990) and made his big screen debut the following year in A Civil Action (1998), starring John Travolta.

In 2000, Greenberg's career began to heat up with guest appearances on "The Sopranos" (1999), "Third Watch" (1999), and "Boston Public" (2000). He landed a lead role in 2002 as a teenager in the big budget feature The Perfect Score (2004), co-starring alongside Erika Christensen and Scarlett Johansson, then got a recurring role as Jake on the new WB series "One Tree Hill" (2003), playing a high school basketball player leading a double life as a single father.

An accomplished singer and musician, Greenberg has performed two original songs on episodes of "One Tree Hill" (2003). 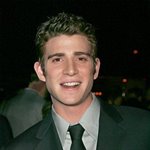 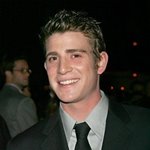