Brian Douglas Wilson was born on June 20th 1942 and has gone on to become one of, if not the greatest, musical geniuses in the world. It was while growing up, while being physically and psychologically abused by his father, that he discovered music as a way of shutting out all hurt and pain that he was feeling at home. As he listened to Four Freshmen records and records of that day, he noticed that he had a flair for writing and arranging music in his own particular style: using his two younger brothers, Dennis Wilson and Carl Wilson along with first cousin Mike Love, Brian recreated songs for them to sing along to. Eventually after they had started singing for many years at family parties and in their room, Mike told Brian that they needed to form a group. Along with college friend Al Jardine, they formed The Beach Boys, releasing their first song "Surfin'" to popular reviews. When Brian's father Murry decided that he should be their manager, he set up The Beach Boys with a contract at Capitol Records and help them embark on a seven year contract with the company. Within the first two years, Brian made himself the leader of the group and was, uniquely, writer/producer/arranger/musician and lead vocalist of the band. It was clear from the very early years that Brian was the one destined to take The Beach Boys into the spotlight. Along the way, mainly with Mike Love, he wrote a handful of top forty singles, including "California Girls", "Surfin' USA", "Surfer Girl", "Little Deuce Coupe", "Don't Worry Baby", "Wouldn't It Be Nice", "God Only Knows" and the three number one hits in America, "I Get Around", "Help Me, Rhonda" and "Good Vibrations", which was also a hit in Britain, and a second UK #1 single, "Do It Again".

In two years of recording at Capitol, Brian fell prone to a nervous breakdown which came from the stress of all his duties. He decided at the end of 1964 that he would exclude himself from touring and would stay at home and write, produce and arrange the songs so the group could go out on the road and return to some wonderful material. Brian was satisfied for the moment, but with the increase of his use of marijuana and LSD, became prone to spend his time with his drug-filled friends and his sanity was now becoming a problem as he was starting to hear voices. However, that did not stop him creating two of his greatest albums in 1965, "Beach Boys Today!" and "Summer Days (And Summer Nights!!). It was in 1966 that he finally showed the world that he was the leader of the pack. After being inspired by The Beatles' "Rubber Soul", Brian went on to create one of the greatest albums of all time, "Pet Sounds." This album became a milestone in music and went on to influence many of the greatest artists of the next four decades. Brian's next ambition was to top "Pet Sounds". The album was to be called "Dumb Angel", but he later changed it to "Smile", an album made with the same amount of genius and ambition as that of The Beach Boys' greatest single, "Good Vibrations". "Smile" was never completed and it has since been called the greatest album never released. After the destruction of "Smile", Brian went into seclusion and spent most of his time in bed. In this period, The Beach Boys created albums that, while not doing so well in America, were increasingly popular in Britain and the rest of the world. It was another eight years before Brian came back to the limelight. After the successful reincarnation of their early work in the package "Endless Summer", Brian decided that he wanted to work again and wanted to tour just as he had done in the very early years. The two albums he produced at this time were "15 Big Ones" and "Beach Boys Love You". After these two albums, his health suffered again and it wasn't until eleven years later, after he had left The Beach Boys, that he released his first solo album, "Brian Wilson". This was released to rave reviews and many people were glad to hear that Brian was back again. However with the deaths of his two brothers Dennis Wilson (who drowned in 1983) and Carl Wilson (who died of lung cancer in 1998), he was on the edge of another breakdown. It was only due to his new marriage to Melinda Ledbetter that Brian was back for good. After having found a new band and released many new albums he was able to perform "Pet Sounds Live" in full and even more fantastically he was able to perform "Smile" and release it, making it one of his greatest chart successes ever.

To this day, Brian is now considered one of the most influential and most innovative songwriters and producers ever. Many artists look in awe of him and really gain a lot of inspiration from the music that he created long ago and the music that he is creating now. 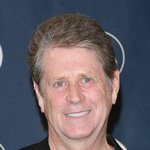