Multi Grammy Award-winning singer/comedienne/author who has also proven herself to be a very capable actress in a string of both dramatic and comedic roles, Bette Midler was born in Honolulu, Hawaii, on December 1, 1945. She studied drama at the University of Hawaii and got her musical career started by performing in gay bathhouses with piano accompaniment from Barry Manilow. Her first album was "The Divine Miss M" released in November 1972, followed by the self-titled "Bette Midler" released in November 1973, both of which took off up the music charts, and Bette's popularity swiftly escalated from there.

After minor roles in several film/TV productions, she surprised all with her knockout performance of a hard-living rock-and-roll singer (loosely based on the life of Janis Joplin) in The Rose (1979), for which she received an Academy Award nomination for Best Actress. In 1986, director Paul Mazursky cast Midler opposite Nick Nolte and Richard Dreyfuss in the hilarious Down and Out in Beverly Hills (1986), and so began a string of very funny comedic film roles. She played an obnoxious wife who was the victim of a kidnap plot by her scoundrel husband, played by Danny DeVito, in Ruthless People (1986), was pursued by CIA and KGB spies in Outrageous Fortune (1987), played mismatched twins with Lily Tomlin in Big Business (1988) and shone in the tear-jerker Beaches (1988).

Bette matched feisty James Caan in the WWII drama For the Boys (1991), made a dynamic trio with Goldie Hawn and Diane Keaton in The First Wives Club (1996), was back on screen with DeVito for the tepid comedy Drowning Mona (2000) and turned up in the glossy remake of The Stepford Wives (2004). Apart from her four Grammy awards, Bette Midler has also won four Golden Globes, one Tony Award, and three Emmy Awards, plus she has sold in excess of 15 million albums worldwide. Most recently, she toured with her sassy "Kiss My Brass" show, and is promoting her album "Bette Midler Sings the Rosemary Clooney Songbook". 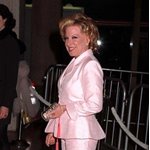 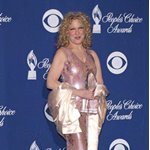 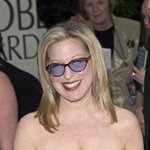 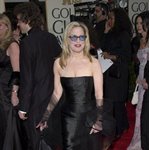 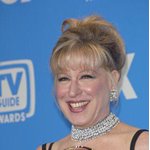 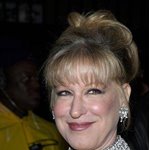 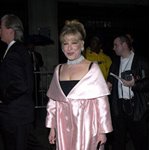