The story of Bernadette Peters begins on February 28, 1948 at 1:15PM when she was born Bernadette Lazzara in Queens, New York to parents Peter and Marguerite. She has two siblings, Joseph and Donna. Bernadette's mother was the one who started her on the road to show business, securing a place for Bernadette on the show "Juvenile Jury" when she was just three and a half years. She subsequently appeared on "Name That Tune" where she was one of the best child contestants ever and later on "The Horn And Hardart Children's Hour" where she did Sophie Tucker imitations. At 5 years Bernadette started taking tap dancing lessons. Just 4 years later at 9 years of age Bernadette received her Equity Card and around the same time changed her name from Bernadette Lazzara to Bernadette Peters. The reasoning behind the name change mostly came from Bernadette's mother. It was thought Bernadette may have trouble securing non-Italian roles with her real name and that it wouldn't fit nicely on a marquee. The name 'Peters' came from her father's first name.

Through out her teen years Bernadette concentrated mostly on school and friends. She was in a few shows during her teens including "The Most Happy Fella" (1959), "The Penny Friend" (1966) and "The Girl In The Freudian Slip" (1967), but her involvement with the touring company of "Gypsy" (1961) has an interesting side-note. Bernadette's resume states she played Dainty June, whom she actually just understudied for. Whenever you see Bernadette in concert and she starts singing songs from Gypsy she'll usually acknowledge the "Dainty June Resume Padding" incident. Later in her teens she realized that musical theatre was the direction she wanted to head in and her performing switched from more of a hobby to a professional career. At 19 Bernadette made her Broadway debut in "Johnny No-Trump". A year later she garnered a Theatre World citation in the Broadway show "George M!" (1968) with Joel Grey and later won her first Drama Desk Award for her off-broadway performance in "Dames At Sea" (1968) a spoof of musicals from the depression era.

Bernadette received her first Tony nomination in 1971 for her role of "Brunehilde Esterhazy" in the Bernstein musical "On The Town". In 1973 she made her silver screen debut in "Ace Eli and Rodger of the Skies" and then played supporting roles in "The Longest Yard" (1974), "Vigilante Force" (1976), "Silent Movie" (1976, Golden Globe nominee) with Mel Brooks and W.C. Fields And Me (1976). The role of "Mabel Normand" was created by Bernadette in the 1974 musical "Mack and Mabel" written by Jerry Herman and she received a Tony award nomination. In 1979 Bernadette was in "The Jerk" with comedian Steve Martin, her first movie with the comedian. In the late 1970s Bernadette was also appearing on a lot of television shows including "Circus of the Stars" (1977) and "The Islander" (1978).

Bernadette starred in the role of "AquaCon 89045", a female robot, in "Heartbeeps" (1981) with Andy Kaufman. Also in '81 Bernadette returned to the screen with Steve Martin to receive her first Golden Globe award in "Pennies From Heaven" and recorded her first record, "Now Playing". A year later Bernadette played a small role in Annie (1982) as "Lily St. Regis". Returning back to the stage in 1983, Bernadette played the Tony Award nominated and Drama Desk nominated role of Dot in Stephen Sondheim's Pulitzer Prize winning musical "Sunday In The Park With George". She also played the role of "Sleeping Beauty" (1983) in Shelley Duvall's Faerie Tale Theatre with Christopher Reeve as the Prince. Bernadette's first Tony award would come just 2 years later in Andrew Lloyd Webber's "Song And Dance" for "Best Leading Actress in a Musical" where she alone was the entire first act. The role of "Emma" in "Song and Dance" also earned her the Drama League Award and the Drama Desk Award. Creating the role of "The Witch" in Stephen Sondheim's 1987 musical "Into The Woods", Bernadette received another Drama Desk nomination for her stunning performance. Going to the small screen in 1988 she played "Marie Rothenberg" in the television movie "David" and then returned to film to play "Lou-Ann" opposite Clint Eastwood in "Pink Cadillac" (1989) and "Eleanor" in "Slaves of New York" (1989).

The early 90s contained a lot of television and film roles for Bernadette. Television parts include "Fall From Grace" (1990) and "Last Best Year" (1990) where Bernadette developed a close friendship with Mary Tyler Moore. She also played roles in "Impromptu" (1990) and Woody Allen's movie "Alice" (1990). Bernadette played the Tony-nominated role of "Paula" opposite Martin Short in the 1992 musical of "The Goodbye Girl" written by Marvin Hamlisch. Her self-titled album "Bernadette" was also recorded in 1992. Soon after Bernadette become the youngest inductee in to the "Theatre Hall of Fame". On July 20th, 1996 Bernadette married senior portfolio manager Michael Wittenberg at Mary Tyler Moore's Duchess County farm. Later in 1996 Bernadette appeared at Carnegie Hall to raise money for the Gay Men's Health Crisis. The live recording of the evening entitled "Sondheim, Etc." received a Grammy nomination when it was released on CD. She also recorded another solo album entitled "I'll Be Your Baby Tonight" (1996) and received a Grammy nomination for it. Back on the TV in 1997, Bernadette was in "The Odyssey" and "What The Deaf Man Heard" and also did voices for the movie "Anastasia" and TV special "Beauty and the Beast - The Enchanted Christmas". She appeared in the PBS special "Hello, Mr. Producer!" (1998), a tribute to Cameron Mackintosh, recorded a video "Bernadette Peters In Concert - Live From Royal Festival Hall" (1998) and recorded the title song to "Barney's Great Adventure: The Movie" (1998). Bernadette received her 2nd Tony Award and a Drama Desk Award in 1999 for her spectacular performance of "Annie Oakley" in a revival of Irving Berlin's "Annie Get Your Gun". The cast recording CD of "Annie Get Your Gun" won a Grammy. In the late 90s Ms. Peters and Mary Tyler Moore teamed up to create "Broadway Barks", a charity organization dedicated to emptying all animal shelters. A yearly fundraiser is held in New York's Schubert Alley.

The new millenium continued to see Bernadette in her role as Annie Oakley until early September. She then shifted back to television and the movies. In spring and summer 2001, Ms. Peters debuted in her first indie movie "Let It Snow" (2001), "Bobby's Girl" (2001) recorded for Showtime and "Prince Charming" for TNT. Bernadette made two guest appearances on "Ally McBeal" (2001) in March and April for which she received an Emmy nomination for "Best Guest Actress in a Comedy" and also appeared many times on "Live! with Regis Philbin" as a co-host. In summer 2001 she recorded a new solo Rodgers and Hammerstein CD which was released in March, 2002. On June 19th, 2002 Bernadette gave her first solo performance in the famous Radio City Music Hall. Ms. Peters will be playing the role of Mama Rose in an upcoming revival production of Sondheim's "Gypsy" slated to open Spring 2003 on Broadway. What the future holds for such a talented, multi-dimensional person such as Ms. Peters is truly limitless and whatever she pursues will certainly be successful. 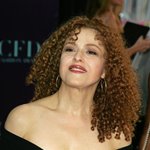 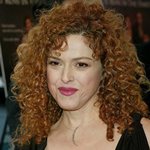 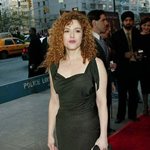 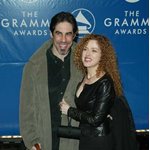 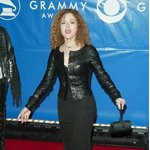 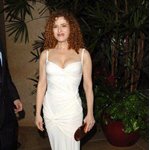 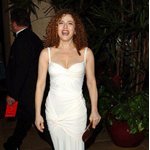 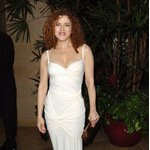