Ben Stiller was born on November 30, 1965, in New York, New York to legendary comedians Jerry Stiller and Anne Meara. It's not surprising that Ben Stiller has followed in his family's footsteps. Ben's parents made no real effort to keep their son away from the Hollywood lifestyle and he grew up among the stars, wondering just why his parents were so popular. At a young age, he and his sister Amy Stiller would perform plays at home, wearing Amy's tights to perform Shakespeare. Ben also picked up an interest in being on the other side of the camera and, at age 10, began shooting films on his Super 8 camera. The plots were always simple: someone would pick on the shy, awkward Stiller...and then he would always get his revenge. This desire for revenge on the popular, good-looking people may have motivated his teen-angst opus Reality Bites (1994) later in his career. He both directed and performed in the film, which costarred Winona Ryder and Ethan Hawke.

Before he even got his start in Hollywood, Ben put in several consistently solid years in the theater. After dropping out of UCLA, he performed in the Tony Award winner, "The House of Blue Leaves". While working on the play, Stiller shot a short spoof of The Color of Money (1986) starring him (in the Tom Cruise role) and his The House of Blue Leaves (1987) (TV) costar John Mahoney (in the Paul Newman role). The short film was so funny that Lorne Michaels purchased it and aired it on "Saturday Night Live" (1975). This led to Ben spending a year on the show in 1989.

Ben made his big screen debut in Steven Spielberg's Empire of the Sun (1987) in 1987. Demonstrating early on the multifaceted tone his career would take, he soon stepped behind the camera to direct Back to Brooklyn for MTV. The network was impressed and gave Stiller his own show, "The Ben Stiller Show" (1992). He recruited fellow offbeat comedians Janeane Garofalo and Andy Dick and created a bitingly satirical show. MTV ended up passing on it, but it was picked up by Fox. Unfortunately, the show was a ratings miss. Stiller was soon out of work, although he did have the satisfaction of picking up an Emmy for the show after its cancellation.

For a while, Ben had to settle for guest appearance work. While he was doing this, he saved up his cash and in the end was able to scrape enough together to make Reality Bites (1994), now a cult classic which is looked upon favorably by the generation it depicted. Ben continued to work steadily for a time, particularly in independent productions where he was more at ease. However, he never quite managed to catch a big break. His first big budget directing job was Jim Carrey's The Cable Guy (1996). Although many critics were impressed, Jim Carrey's fans were not.

In 1998, There's Something About Mary (1998) had propelled Ben into the mainstream spotlight. With his wince-inducing turn in the Farrelly brothers' gross-out film, Ben really "struck a nerve" with mainstream America. In recent years, Ben has starred in such hit movies as Keeping the Faith (2000) and Meet the Parents (2000). Ben excels at cerebral comedy, but he knows how to get down and lowbrow when he needs to, making him one of America's currently most popular performers. 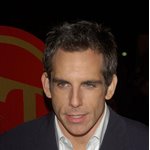 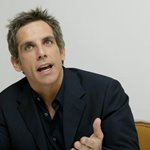 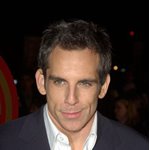 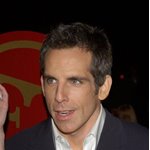 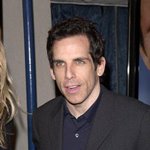 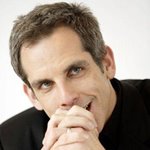 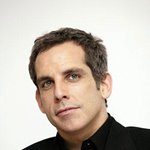 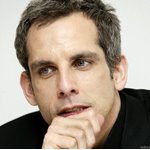