Combining shuddering, groove-laden funky soul and folky, handcrafted acoustics, singer/songwriter Ben Harper cultivated a cult following during the course of the '90s that gained full fruition toward the end of the decade. Harper combined elements of classic singer/songwriters, blues revivalists, Jimi Hendrix, and '90s jam bands like Blues Traveler, Hootie & the Blowfish, and Phish, which meant that he was embraced by critics and college kids alike. Though he never had a hit album, his body of work sold consistently and he toured constantly, building a solid, dedicated fan base.
A native of California, Harper grew up listening to blues, folk, soul, R&B, and reggae. As a child, he started playing guitar, and began to perform regularly as a preteen. During his adolescence, he began playing acoustic slide guitar, which would eventually become his signature instrument. After steady gigging in the Los Angeles area, Harper scored a deal with Virgin Records in 1992. He released his debut album, Welcome to the Cruel World, two years later to positive reviews.

Released in 1995, the politically-heavy Fight for Your Mind made for a strong sophomore effort, an obvious growth in musical experimentation and individual declamation. Harper's third album, 1997's The Will to Live, pushed his blues-oriented alternative folk into the middle mainstream, becoming a mainstay at college radio and making inroads at adult alternative radio. Recorded over two years of touring in support of Fight for Your Mind, The Will to Live introduced the Innocent Criminals, Harper's supporting band. The Innocent Criminals -- who are bassist Juan Nelson, drummer Dean Butterworth, and percussionist David Leach -- solidified Harper's musical rhythms and emotional diversity.

Aside from working on his own material, Ben Harper has built a strong rapport with other artists, playing guest spots on records by Beth Orton, John Lee Hooker, and Government Mule. He played 1997's and 1999's Tibetan Freedom Concerts, and opened for R.E.M., Radiohead, Metallica, Pearl Jam, and the Fugees. Harper's career gained momentum throughout 1998-1999. His most successful album thus far, 1999's Burn to Shine blended Harper's fondness of '20s jazz compositions and urban beatboxing, resulting in a clever and passionate collection of songs. "Steal My Kisses" and "Suzie Blue" were radio favorites, landing him two headlining world tours and an opening spot on the Dave Matthews Band's summer trek of 2000. In spring 2001, Harper issued Live from Mars, a double disc of live electric and acoustic material spanning the previous year's tour and including covers of material by Led Zeppelin, the Verve, and Marvin Gaye.

When it came to recording his fifth studio effort, Harper went back to his drawing board of life's pleasure and pain. He'd circled the world countless times and naturally, he brashly sang about it on the worldbeat-inspired Diamonds On the Inside, which appeared in March 2003. After a European tour withthe Blind Boys of Alabama in 2004, the two acts entered the studio together and laid down ten tracks in two different sessions at Capitol Records basement stuidios. The resulting collaborative album issued under both names, There WIl Be a Light, was released in September of 2004. 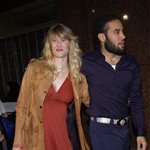 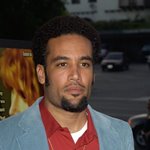 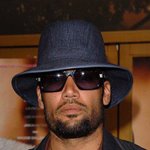 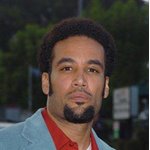 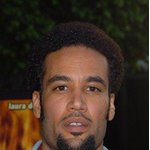 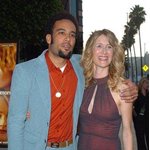 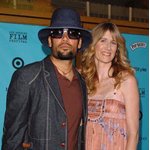 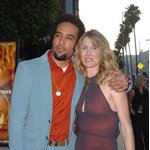