Ayushmann Khurrana is an Indian television anchor and film actor. He has been a well-known TV presenter on Indian television and has recently made his film debut in Vicky Donor (2012). Ayushmann Khurrana started his career when he turned out to be the winner in MTV Roadies Season 2. After finishing studies, his first job was a Radio Jockey at BIG FM, Delhi. He hosted the show Big Chai – Maan Na Maan, Main Tera Ayushmann and also won the Young Achievers Award in 2007 for it. After radio, Ayushmann moved on to become a Video Jockey on MTV with Pepsi MTV Wassup, The Voice of Youngistaan, an informative show for the youth.

He also worked in many other MTV shows as well like MTV Fully Faltoo Movies "Cheque De India" and "Jaadoo Ek Baar". He then turned as Television Anchor with a multiple-talent based reality show India's Got Talent on Colors TV which he co-anchored with Nikhil Chinapa and Stripped which gave latest updates on the Indian TV industry with comic tinge, again on MTV. At the end of the year he was also the anchor of a singing reality show Music Ka Maha Muqqabla on STAR Plus. In 2011, he signed his first major Bollywood venture and began filming. The film was titled Vicky Donor and directed by Shoojit Sircar. This movie also marks actor John Abraham's debut as a producer. Vicky Donor released worldwide on 20 April 2012, and was a critical and commercial success. Ayushmann has also sung a song named Pani Da Rang in the film, which was composed by him as well with his friend Rochak Kohli. Ayushmann did not quit television completely in spite of a successful film debut and was seen anchoring IIFA Awards 2012 and People's Choice Awards India 2012.

In May 2012, it was announced that along with the crew of Vicky Donor, Ayushmann had signed his second Bollywood production as an actor in the film Hamara Bajaj which is currently filming. His next Indian film venture will be Rohan Sippy's next titled Nautanki Saala co-starring Kunal Roy Kapoor, Evelyn Sharma and Pooja Salvi. Ayushmann has sung two songs in this movie, one of which he has composed himself again in collaboration with Rochak Kohli. Nautanki Saala is tenatively releasing on 8 February 2013. Ayushmann has also been roped in for an untitled project opposite Sonam Kapoor to be produced by Yash Raj Films and will be directed by Nupur Asthana. 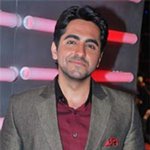 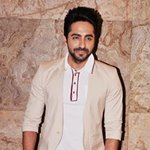 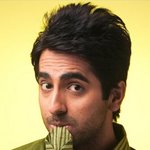 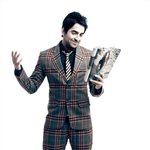 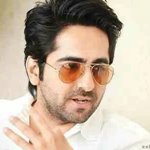 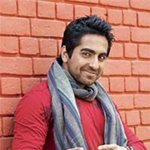 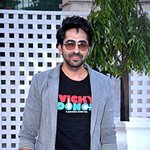 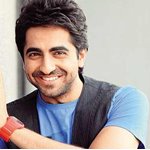 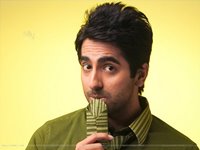 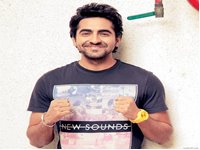 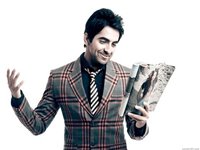 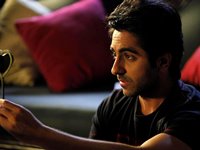 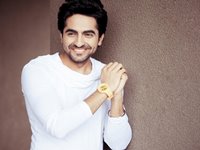 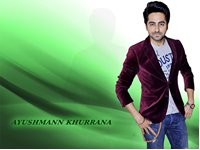 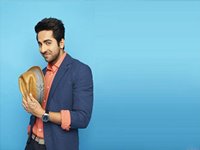 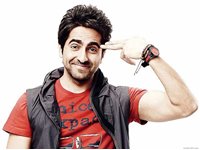