Arriving in the United States at age 12, Antonio Sabato Jr made his big screen debut appearance in James Fargo's Born to Race (1988, starring Joseph Bottoms). With the help of his actor father, he landed a role in an Italian film, Fabrizio De Angelis-directed Karate Rock (1990, a.k.a. Ragazzo delle mani d'acciaio, Il). He followed it up with roles in Se non avessi l'amore (TV) and Fuga da Kayenta (both in 1991, a.k.a. Tortilla Road).

After his appearance in Janet Jackson's video "Love Will Never Do Without You," Sabato scored his most memorable role to date, the kind-hearted, hash-slinging boxer Jagger Cates on the ABC soap opera "General Hospital." He portrayed the character from 1992 to 1994 and earned Soap Opera Digest Award nominations for Hottest Male and Outstanding Newcomer.

On the peak of his popularity on "General Hospital," Sabato decided to leave the series but later reappeared as a cameo in 1995.

Afterward, he joined Steven Spielberg's prime-time drama, the NBC's "Earth 2" (1994-1995). In the sci-fi series about a group of people who must escape Earth when it becomes deserted, Sabato costarred as pilot Alonzo Solace, along with Debrah Farentino and Clancy Brown.

In 1996, Sabato starred as the notoriously elusive criminal John Hawkins in the true-story based If Looks Could Kill. His performance in the film attracted the attention of fashion designer Calvin Klein, who offered Sabato the job of being the next spokesmodel for his company. Sabato took the job and garnered broad attention as the celebrity model for Calvin Klein underwear printed ads and commercials.

As for acting, Sabato also starred as heroic engineer Jack Colson in an adaptation of Robert Byrne's novel Thrill, and nabbed the leading role of Harry Gordini/Wolverine, a Navy SEAL by night and a mild-mannered college professor by day, in Fox's film Code Name: Wolverine (both in 1996). He later reprised his role in its silver screen version, Wolverine, in 2000.

After starring in Isaac Florentine's action thriller High Voltage (1997, costarring Shannon Lee), Sabato played roles in The Perfect Getaway (TV), Adam Kreutner's Circles (with Neal McDonough and Amy Smart) and teamed up with Mark Wahlberg, Lou Diamond Phillips, and Bokeem Woodbine as a hired gun in Che-Kirk Wong's comedy thriller The Big Hit (all in 1998). The rest of the 1990s saw Sabato in the television films Padre papa and Fatal Error, in which he teamed with Janine Turner to stop a high tech computer virus. He also starred in "Tribe," a miniseries about a group of young sailors who are attacked by pirates, guest starred in an episode of Fox's "Ally McBeal" and acted in the wide screen comedy Goosed (starring Jennifer Tilly). As for modeling, Sabato was named the celebrity spokesman for Durex condoms in 1998.

Sabato appeared in Lee Friedlander's adventure comedy Wasabi Tuna and the TV movie Bugs before he portrayed David Sutcliffe's sex-bomb Argentine lover Pablo Alesandro in David Moreton's adaptation of James Robert Baker's novel, the drama comedy Testosterone (2003). He then starred as Dwayne the personal trainer in the WB comedy "The Help" (2004, opposite Camille Guaty) and played roles in the recent television movies Jane Doe: Til Death Do Us Part and Deadly Skies. He appeared in Jim Wynorski's 2005 film Crash Landing and became a regular in the high-rated, glossy, campy soap "The Bold and the Beautiful," playing character Dante Damiano.

Off screen, Sabato is a fitness buff and published the best-selling exercise book "No Excuses: Workout for Life" in 1999. He also established his own production company, NAMTAB Productions (Batman spelled backwards), and is the celebrity spokesperson for the SAP United States Grand Prix Formula One race. 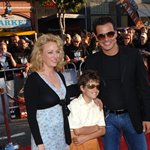 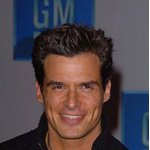 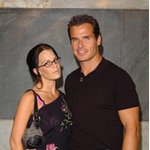 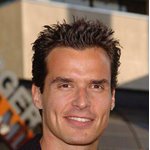 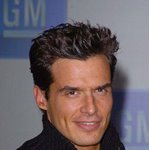 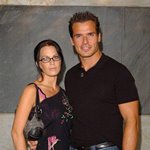 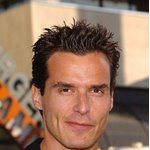 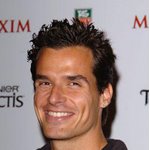