Anson Mount made his feature film debut in the starring role as ‘Tully Coats’ in the independent film “Tully.” He received critical praise for his performance and the film won several Film Festival awards as well as several nominations for the Independent Spirit Awards. The Daily Variety said “with a cockiness and charm similar to Hollywood’s best leading men, Mount is stellar as a troubled soul…” and the Hollywood Reporter said “Mount is impressive in a meaty role, exuding strength and confidence that should win him ardent fans.”

Following his debut, Mount was next seen starring opposite Britney Spears in Paramount Pictures’ “Crossroads,” directed by Tamara Davis. He also plays opposite Robert DeNiro in the Warner Bros. film “City By the Sea,” directed by Michael Caton-Jones.

His other film credits include the independent film “Poolhall Junkies,” opposite Christopher Walken, and “Urban Legends: Final Cut” for Columbia Pictures. He also co-starred in the Miramax film “Battle of Shaker Heights,” as seen on the HBO series Project Greenlight.

Anson is currently starring in the ABC series “Line of Fire,” touted by the Miami Herald as, “the best new drama of the year.” Previous to this, Mount grabbed attention for his recurring role on NBC’s “Third Watch,” as well as guest appearances on such critically acclaimed series as HBO’s “Sex in the City” and FOX’s “Ally McBeal” and the WB’s “Smallville.”

Born in White Bluff, Tennessee, Mount holds a Master of Fine Arts in Acting from Columbia University and currently resides in both New York and Santa Monica. 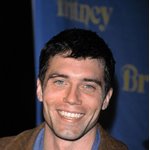 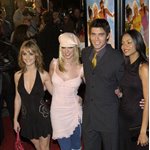