Dixie Dot weighed in at 3lb 3oz after she was born at a Glasgow hospital on Monday. Ryder Richardson had her first child last year. Bibi Belle was born seven weeks early, weighing 3lb 8oz, but was fine after weeks of special care. She again went into labour early with Dixie Dot, who was delivered by Caesarean.

Her spokeswoman added: "The hospital staff are pleased with Dixie’s progress, and Anna is feeling fine." 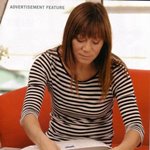 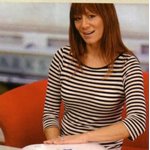