Anastasia was killed with the other members of her immediate family in a cellar where they had been confined by the Bolsheviks following the October Revolution. But after the executions several women outside Russia claimed her identity, making her the subject of periodic popular conjecture and publicity. Each claimed to have survived the execution and managed to escape from Russia, and some claimed to be heir to the Romanov fortune held in Swiss banks. Perhaps the most famous of these claimants was a woman who called herself Anna Anderson (and whom critics alleged to be one Franziska Schanzkowska, a Pole), who married an American history professor, J.E. Manahan, in 1968 and lived her final years in Virginia, U.S., dying in 1984. In the years up to 1970 she sought to be established as the legal heir to the Romanov fortune; but, in that year, West German courts finally rejected her suit and awarded a remaining portion of the imperial fortune to the duchess of Mecklenberg. In the 1990s, genetic tests undertaken on tissues from Anderson and on the exhumed remains of the royal family established no connection between her and the Romanovs and instead supported her identification with Schanzkowska.The story of a surviving Anastasia provided the germ of a French play, Anastasia, written by Marcelle-Maurette (1909–72) and first produced in 1954. An American film version appeared in 1956, with Ingrid Bergman 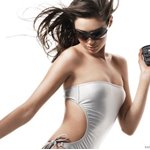