From playing her beloved piano, the guitar, possessing a prolific and unique 5 octave vocal range, to writing her own songs, Ana Cristina undoubtedly possesses a plethora of talent.

Multi-talented beauty, Ana Cristina, was born June 2, 1985 in Miami, Florida to delighted parents Rene and Teresa Alvarez. She is Cuban-American and of European background. At the age of 6, Ana made her debut performance on national television show "Sabado Gigante", and since an early age has pursued her dream of music by appearing on many national American and Hispanic television shows. At the age of 15, she caught the ears and eyes of Sony International's label, Sony Discos, who signed her to a recording contract that same year.

Ana Cristina worked with producers Emilio Estefan, Rudy Perez, Estefano, Kike Santander, Manny Benito, and others on what became her first Spanish language debut album entitled, "Ana Cristina. "The album was enhanced by powerhouse ballads that would showcase Ana Cristina's strong and soulful voice as well as Latin pop rhythms; an interesting combination and reflection of the melting-pot environment where the Cuban-American prodigy grew up. Her single "A Un Paso De Mi Amor" drew comparisons of Ana Cristina's vocal range to the likes of Mariah Carey for reaching the last B# near the end of the piano, a feat nearly unheard of in the industry.

On January 20, 2005, Ana Cristina made American history by becoming the first Hispanic to ever sing "The Star Spangled Banner" at a presidential inauguration. She delivered a crystalline acapella rendition of the song for George W. Bush's inaugural, stole the hearts of public on an international level, and received an emotive standing ovation.

Inspired to entertain and impassioned to succeed, Ana Cristina writes songs that reflect meaning and the r&b nature of her voice,continues to record in her first language of English and second language of Spanish, and has plans to pursue more acting roles. Her good natured elegance and complete faith in her art are the distinct qualities that make her "a natural born star." 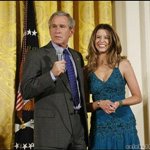 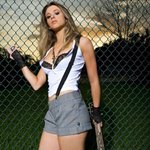 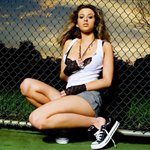 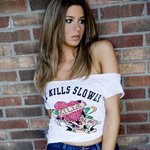 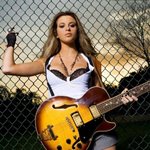