Alyson Stoner was born in Toledo, Ohio but her relocation to the Los Angeles area has brought about a whole new world of opportunities in acting and dancing. She loves to act and dance and wants to continue pursuing both. In just two short years, those wishes are coming true for her!

After honing her techniques in ballet, tap and jazz at the O?Connell?s Dance Studio in her hometown, Alyson decided to try the more popular hip-hop dances that was the in-thing in LA. She trained with such well-known choreographers like Wade Robson, Fatima and Hi Hat. So it came as no surprise when she auditioned and was cast to dance in the Missy Elliott videos ?Work It? and ?Gossip Folks?. With the popularity of the videos, Alyson has been in demand by such media outlets as ?Extra?, ?The Maury Povich Show?, ?The Ellen DeGeneres Show?, and magazines such as ?YM? and ?M?. She performed on The Jay Leno Show and with Missy Elliott at The 2003 American Music Awards with Missy Elliott and on ?MTV?s Fashionably Loud? and Seattle?s Radio Concert.

Before moving to L.A., she was also in modeling training at the Margaret O'Brien Modeling Studio, in Toledo, OH. She attended the IMTA Convention in NYC with Ms.O'Brien's studio in the year 2000 and won many awards in acting, modeling and dance. A talented actress at
such a young age, Alyson is the co-host of the Disney Channel?s ?Mike's Super Short Show?,in which the hosts "talk about" upcoming DVD and Video releases of Disney features.

In addition to Mike's Super Short Show, Alyson is currently shooting "Cheaper by the Dozen", a feature film starring Steve Martin and Bonnie Hunt as her parents. Also cool is that Hilary Duff (Disney's Lizzie McGuire) will be one of her sisters along with Tom Welling (WB's Smallville as the young Superman, Clark Kent) and many other young, professional actors who you'll recognize that make up the "dozen" kids in the family. It's expected release date will be around Christmas, 2003.

A well-trained actress, Alyson was cast in three ABC Disney TV pilots and filmed two of them: "Big House" and "What Leonard Comes Home To? and has appeared on numerous skits for The Tonight Show with Jay Leno. Her scope of acting also includes several commercials, voice-overs and theater.

Alyson likes her time on the sports playing field, too! She enjoys playing both basketball and soccer with her friends on the school teams. She's also been known to play softball, volleyball and golf and has some impressive gymnastics moves as well. If it's sports-related, she'll try it and like it!

When Alyson is not acting, dancing or playing sports, she sometimes sits down at her keyboard at home to compose her own songs. Sometimes she challenges her sister, Jaimee, to some "hoops" at home and other times, you'll find her with oldest sister Correy, choreographing a new dance! But she'll also tell you it's always great to be with her friends during the day
at her school and getting together with them now and then for a birthday party or special occasion. 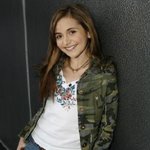 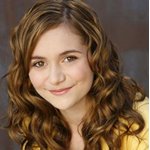 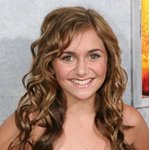 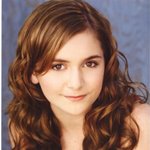 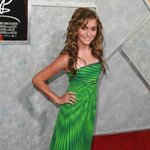 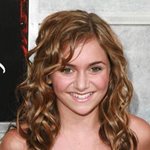 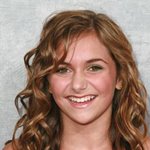 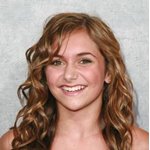