Allie Gonino is an American actress and singer. She is best known for regular role as Laurel Mercer on The Lying Game and her recurring role as Michelle on 10 Things I Hate About You, both ABC Family series. Gonino was also member of the American girl group The Stunners. Gonino grew up in Rockwall, Texas. At the age of seven she started taking classical violin, and classical ballet lessons.

For much of her childhood, she would perform at many of the country music oprys in the Dallas-Fort Worth area, singing, yodeling, and playing fiddle, and mandolin. In her high school years, Gonino became interested in musical theater. One month into her sophomore year, she dropped out of high school to move to Los Angeles, and fully pursue a career in music and acting. At sixteen, she acquired her GED. In 2007, Gonino joined the girl group The Stunners which was formed by recording artist Vitamin C. In summer 2010, after the release of their first single "Dancin' Around the Truth" featuring the New Boyz, The Stunners embarked on a 20 date venture as the opening act for Justin Bieber on My World Tour. The group has since disbanded. Gonino is currently in the band The Good Mad, who were featured in The Lying Game, in which Gonino also stars.

Gonino was also featured in a 2012 Boys Like Girls music video as the female lead for "Be Your Everything." As an actress, Gonino has guest starred in the television series Unfabulous, Cory in the House, The Suite Life on Deck, Lie to Me and had a recurring role as Michelle in the ABC Family series 10 Things I Hate About You. She currently co-stars as Laurel Mercer in the series The Lying Game. 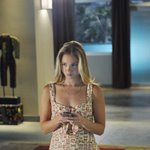 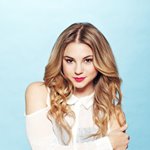 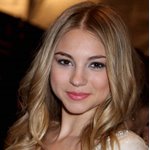 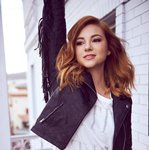 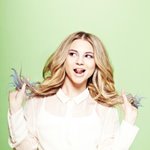 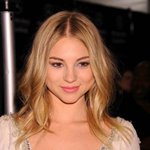 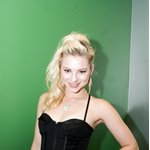 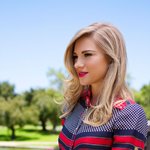