Alistair Cooke is the captain of the English Test and ODI cricket teams. He is a left-handed opening batsman who plays county cricket for Essex. Cook played for Essex's Academy and made his debut for the first XI in 2003. He has played in a variety of England's youth teams from 2000 until his call up to the Test side in 2006.

While touring in the West Indies with the ECB National Academy, Cook was called up to the England national team in India as a last-minute replacement for Marcus Trescothick and debuted with a century. Debuting at 21 years of age Cook went on to score 1,000 runs in his maiden year and become the youngest Englishman to reach 1,500, 2,000, 3,000, 4,000 and 5,000 Test runs, making centuries in his first Test matches against India, Pakistan, the West Indies and Bangladesh. Having already been a member of the Essex Academy since the age of 15, Cook was given his first-class debut for Essex County Cricket Club coming straight out of school at the end of the 2003 season against Nottinghamshire; put in to field he aided the first dismissal with a catch before falling short at 13 runs in his first innings but pushing Essex to a nine wicket victory with 69 not out in the second. Despite relegation being assured to Essex, Cook still battled away with an opening stand of 122 opposite Will Jefferson in the second innings of his second match, against Warwickshire.

In the six innings he participated in, he quickly racked up three half centuries at an average of 47.80. Having solidified his place as opener in the county team, he made his maiden first-class century against Leicestershire in May 2004 with 126 opposite Jefferson's 128 for a 265 opening stand, Essex's third highest but failed to secure promotion for the team. Cook had his first taste of international cricket playing the U15 World Cup in 2000. Three years later Cook was called up to the Under 19 England team for their tour of South Africa. After it was decided Samit Patel had enough responsibility batting and bowling, Cook was appointed captain of the team the following year, 2004. His first call of duty was the U19 World Cup in the West Indies where he guided England through the group stages and on past the Super League stage, including an unbeaten century-each partnership with Patel against New Zealand, and continued a 100% win record with 87 over eventual winners Pakistan before falling short in the semi-final against the West Indies.

He went on from there to captain them in a U19 Test win over Bangladesh before taking the One-Day series too. His career with the Under 19 team was cut short when Kevin Pietersen was called up to replace Andrew Flintoff in the main team, leaving a spot in England A's tour of Sri Lanka for Cook. After the 2005 domestic season he was part of the intake for the ECB National Academy, but this was interrupted as he flew to Pakistan to cover the squad for Michael Vaughan's knee injury. After not being used in the first XI he travelled back with the Academy to the West Indies in the new year scoring 101 in a two-day match against Antigua before youth cricket came to an abrupt halt for Cook. 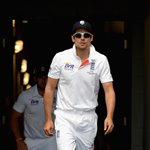 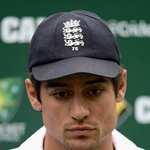 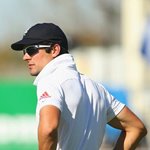 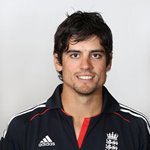 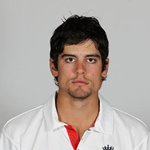 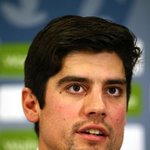 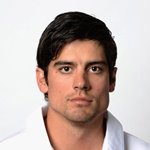