Alexander Karim is a Swedish director and actor. He is the brother of directors Othman and Baker Karim. Karim's family originates from Uganda and fled Idi Amin’s dictatorship 1975th after being moved around to different locations in Sweden family eventually ended up in Helsingborg, where Karim was born. After finishing high school he moved, like brothers before him, to the USA and City College in Los Angeles, where he trained as an actor. He was later admitted to The Hudson Theatre in the same city. In 2000 Karim moved back to Sweden and started working in film. In his first movie from the same year, the short film Limelight, which is about an unemployed actor in Helsingborg, he collaborated with his brother Baker. The film was a huge success and won including best film in the category of "Heavyweight" in November Festival in Trollhattan.

The jury in Trollhattan sat Lukas Moodysson, who along with Lars Von Trier contacted the brothers Karim, resulting in biofilm Four Women (2001), written and directed by Baker Karim. Soon after Alexander Karim played the title role in the short film Malcolm (2002), a film he also wrote the script for. The same year he participated also as Amir in the short film Tompta Gudh . "Malcolm" won both the Audience Award and the Jury Prize at the Gothenburg Film Festival in 2002, was nominated for a Guldbagge and was nominated for Critics Week in Cannes. Although Karim's next film, short film, The Apple Tree (2003), which is about two African brothers fight in chilly Sweden, nominated at Cannes. In 2005, he starred in brother Othmans film About Sara and 2006 Amir Chamdins God willing.

Karim has also starred in several television series, including Hurricane! Hurricane! (2004), Advent calendar december A Dream (2005), Laser Man (2006) and Second Avenue (2007). In 2009 he participated in the Swedish television series Family Babajou, which he also wrote together with his brother Baker. He was also involved in the 2006 set of Fredriksdal Theatre of the gentry and servants where he played Florindo Al Dente in 1700s Venice. 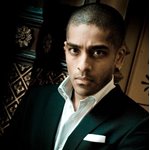 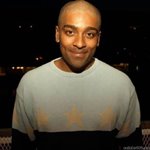 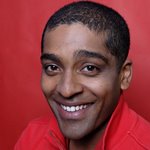 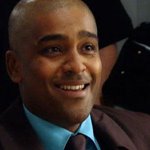 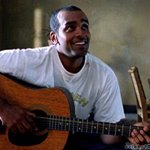 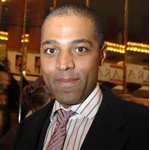 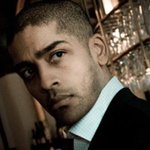 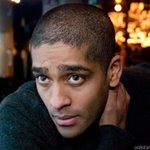