Rodriguez's power hitting numbers improved with his move to Texas. In his first season with the Rangers, Alex produced one of the top offensive seasons ever for a shortstop, leading the American League with 52 HR, 133 runs scored, and 393 total bases. He became the first player since 1932 with 50 homers and 200 hits in a season, just the third shortstop to ever lead his league in homers, and was just the second AL player in the last 34 seasons (beginning 1968) to lead the league in runs, homers, and total bases; his total base figure is the most ever for a major league shortstop. His 52 homers made him the sixth youngest to ever reach 50 homers and were the highest total ever by a shortstop, surpassing Ernie Banks' mark of 47 in 1958, and also the most ever for an infielder other than a 1st baseman, breaking Phillies 3B Mike Schmidt's record of 48 in 1980.[citation needed] It was his 5th 30-homer campaign, tying Banks for most ever by a shortstop. He also tied for the league lead in extra base hits (87) and ranked 3rd in RBI (135) and slugging (.622). He was also among the AL leaders in hits (4th, 201), average (7th, .318), and on-base percentage (8th, .399). He established Rangers club records for homers, runs, total bases, and hit by pitches, had the 2nd most extra base hits, and the 4th highest RBI total. He led the club in runs, hits, doubles (34), homers, RBI, slugging, and on-base percentage and was 2nd in walks (75), stolen bases (18), and game-winning RBI (14) while posting career highs for homers, RBI, and total bases. Rodriguez started 161 games at shortstop and one as the DH, the only major league player to start all of his team's games in 2001.

He followed that with a major league-best 57 HR, 142 RBI and 389 total bases in 2002, becoming the first player to lead the majors in all three categories since 1984. He had the 6th-most home runs in AL history, the most since Roger Maris' league record 61 in 1961, and the most ever for a shortstop for the 2nd straight year while also winning his first Gold Glove Award, awarded for outstanding defense.

His 109 home runs in 2001-02 are the most ever by an American League right-handed batter in consecutive seasons. However, the Rangers finished last in the AL Western division in both years, a showing that likely cost Rodriguez the MVP award in 2002 when he finished second to fellow shortstop Miguel Tejada, whose 103-win Oakland A's won the same division. 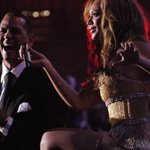 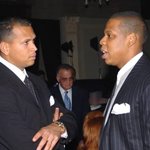 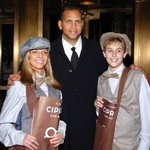 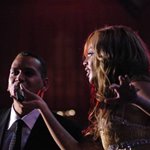 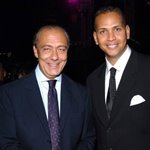 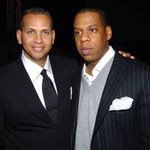 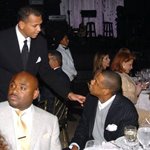