Growing up in summer drama camp, Alessandro Nivola then worked as an intern with the Eugene O'Neill Theatre in Waterford, Connecticut. He got his first professional jobs with the Yale Repertory Theatre and a Seattle-based company, with whom he performed "Master Harold...and the Boys." He received applause for his portrayal as a young Brit in the Long Wharf Theater production of "Paddywack" and debuted on Broadway stage in a production of "A Month in the Country," opposite Helen Mirren.

Since his sophomore year at Yale, Nivola has secured an agent and joined several auditions in New York. He eventually landed on television, appeared as a guest in an episode of the Emmy winning drama comedy series "Remember WENN" and scored his TV movie acting debut in the NBC romantic, epic melodrama miniseries "Danielle Steel's 'The Ring'", starring Nastassja Kinski.

In 1998 Nivola flew to UK to star in Michael Winterbottom’s I Want You (a.k.a. Beloved), playing Rachel Weisz’ ex-con former boyfriend. He followed it up with The Almost Perfect Bank Robbery (TV, with Brooke Shields and Dylan Walsh, aired in summer 1999), William Ryan’s drama comedy Reach the Rock (1998, costarring with William Sadler) and starred opposite Josh Brolin and Reese Witherspoon in Mike Barker’s crime drama Best Laid Plans (1999). Nivola also returned on stage, starring opposite Gwyneth Paltrow in the Williamstown Theatre Festival production of "As You Like It".

Nivola costarred as rock star Ian McKnight in Lisa Cholodenko’s musical drama Laurel Canyon (2002, with Frances McDormand, Christian Bale and Kate Beckinsale). His performance received warm reviews and nominated him an Independent Spirit Award for Best Supporting Male. Being asked about the singing scenes in the film, Nivola explained, “Well, I think probably ‘Laurel Canyon’ was the only time where my singing actually helped me get the job. Because I went in and I could play some crappy song on the guitar for Lisa Cholodenko and I think it sort of made the difference for me getting the job. Other than that, this one was totally sprung on me. I didn’t even remember it even being in the script when I first read it. Then I remembered Phil [Morrison], the director, telling me sometime after we started filming, ‘Oh by the way, I hope you’re doing your warm-up scales or whatever.’”

Director Marleen Gorris next cast him with Julia Stiles and Shirley MacLaine in his romantic drama Carolina (2003) and Pieter Jan Brugge’s teamed him with Robert Redford, Willem Dafoe and Helen Mirren in his drama thriller The Clearing (2004). He also played a bookie for the dog races in the Irish drama comedy Turning Green (with Colm Meaney and Tim Hutton) and played the brother Andrew in Arthur Allan Seidelman’s adaptation of Anton Chekhov’s play, The Sisters (with Maria Bello, Erika Christensen and Chris O'Donnell). Additionally, he starred as George, Embeth Davidtz’ younger husband, a man who wants more than his family and small town have to offer, in Phil Morrison’s indie drama Junebug.

Soon, Nivola will be seen in Finn Taylor’s upcoming romantic comedy The Darwin Awards, starring Joseph Fiennes and Winona Ryder, and in Danny Cannon’s sport drama Goal!, costarring with Kuno Becker. An American actor who is often mistaken for British because of his flawless English accent in his films, Nivola revealed, “… That’s one of the pleasures of being an actor, is kind of getting out of yourself and trying to stretch and reshape yourself into someone else that’s had a very different kind of experience. Obviously you bring whatever you know about life and about the way that people behave and everything to a performance.” 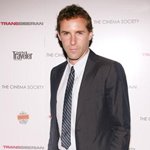 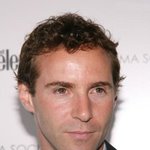 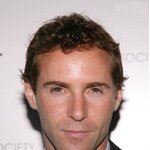 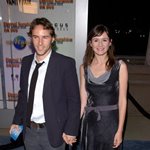 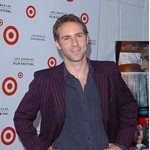 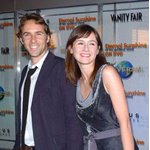 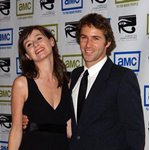 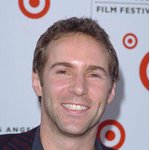