Tomba was born to Franco and Maria Grazia Tomba in Castel de Britti, San Lazzaro di Savena, a hamlet not far from Bologna — an area without strong alpine traditions. As a child, he participated in sports like tennis, soccer, and dirt biking, but he found that his greatest passion was for skiing.

In 1981 he took part in the Junior World Championships, where a fourth-place finish won him a position on the national B team. That year, in a parallel slalom exhibition in San Siro, Milan, he surprised everyone by beating every member of the A team. After three wins on the Europa Cup circuit, the 19-year-old Tomba made his World Cup debut in 1985 at Madonna di Campiglio, Italy. One year later, in Åre, Sweden, he surprised the skiing world by finishing sixth from the 62nd starting position. His first podium came in Alta Badia, Italy at the beginning of the 1986-87 season, and later that winter he won bronze in the giant slalom at the 1987 World Championships in Crans Montana, Switzerland. 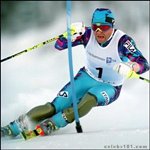 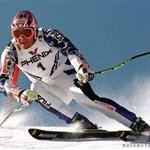 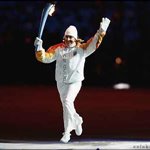 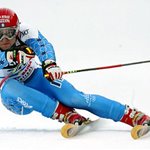 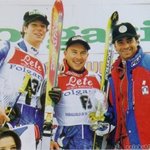