Brooks attended Carnegie Tech in Pittsburgh, but dropped out after one year to focus on his comedy career. He changed his surname from Einstein (to avoid confusion with the famous scientist) and began a stand-up comedy career that quickly made him a regular on variety and talk shows during the late 1960s and early 1970s. Brooks led a new generation of self-reflective baby-boomer comics appearing on the NBC network Tonight Show starring Johnny Carson. His onstage persona, that of an egotistical, narcissistic, nervous comic, an ironic showbiz insider who punctured himself before an audience by disassembling his mastery of comedic stagecraft, influenced other '70s post-modern comedians, including Steve Martin, Martin Mull and Andy Kaufman.

After two successful comedy albums, Comedy Minus One (1974) and the Grammy Award-nominated A Star is Bought (1975), Brooks left the standup circuit to try his hand as a filmmaker; his first film, The Famous Comedians School, was a satiric short that appeared on PBS and was an early example of the mockumentary sub-genre. 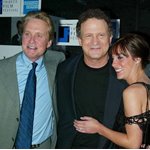 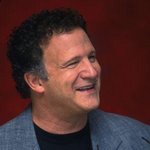