Agnès Jaoui was born on October 19, 1964 in Anthony from a father council in management and a mother psychotherapist. Very gifted pupil, it follows studies to the college Henry IV and directs himself towards literary studies. In 1984, it is impassioned for the comedy and decides to take courses of comedy to the theatre of the almond trees. It quickly takes down its small first roles for the cinema and in 1987 it makes the meeting of Jean-Pierre Bacri, whom it will join work as in the life. The couple signs several plays and scenarios for the cinema ("Smoking", "No Smoking", etc.).

From 1996 Agnes devotes a more significant part of her time to play in films as various as "the Cousin", "One Knows the Song", or "One The Run". It connects turnings and in 1999 it is tested with the realization with "the Taste Of the Others". It is a new success for the young woman whom nothing seems to be able to slow down. In 2003, it records a part of the original band of film "the Role Of Its Life". Return behind the camera in 2004 for "As an image" which receives in Cannes the price of the best scenario. The last cord that Agnès added to her arc and the song. In 2006 it records an album latino ("Laid") which makes dream by quality of its interpretation. 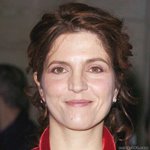