Adrianne is also strong willed and not afraid to speak her mind. Her revelations of how the program worked have led to her name being omitted by the TV guys when the program is mentioned. She has laid into the program host Tyra Banks on every occasion she’s had, comparing her to Naomi Campbell.

After winning the contest, Adrianne was hoping to land plump contracts but all she got dished was empty promises and work for which she still has to be paid.

Adrianne lives in Los Angeles and has racked up an impressive portfolio modeling for big names such as Life and Style Magazine, Marie Clarie, Macy’s, etc. Oh yes, the big one – she appeared in the nude for Playboy in February 2006 for which she got the paltry sum of US$1,000,000.

Her marriage to Christopher Knight – her co-star of The Surreal Life was as theatrical and surreal as anything else she has done so far. The couple’s pre-nuptial romance was aired on the reality show My Fair Brady; this show netted the lady a cool $250,000 and also the title of the hottest woman of Reality TV by Maxim.
Oh! Did I mention that Adrianne is pretty open about her bisexuality and gave a lowdown on her relationships on the Howard Stern show on October 3, 2005. 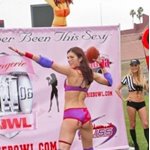 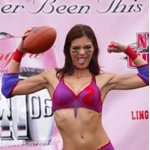 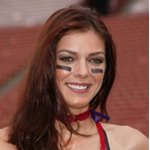 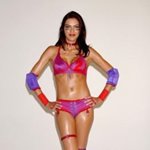 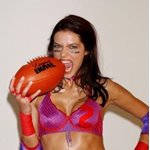 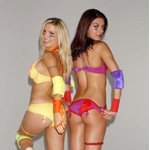 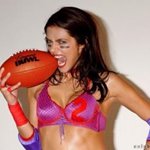 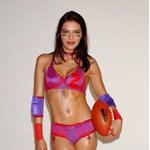