Adrian Mutu is one of the best footballers from Romania in this era. Mutu currently plays for Italian Serie A club Fiorentina. Mutu won Romanian footballer of the year thrice in 2003, 2007, as well as 2008.Mutu can play both as striker and attacking midfielder.

Adrian Mutu was born at C?line?ti in Romania on 8th January 1979.Mutu started his professional football journey with Arges Pitesti in 1996.However, he had to wait until 1997 to make his debut for Pitesti. He played 47 matches for Pitesti and scored 14 goals for them. In 1998 season, Dinamo Bucaresti bought Mutu for 922000 dollars. He played until winter in 1999 for them. He scored 26 goals for them in 36 matches during his stint with them. He helped Bucaresti to win Romanian league as well as Romanian cup. Mutu was the top scorer in Romanian Liga 1 that season. He moved to Italy and joined Inter Milan on a transfer deal worth 6.5 million Euros, in 1999. He had disappointing time in Serie A with Inter as he failed to score goals in 10 outings. He scored two goals in cup competition for Inter. In 2000, Inter sent him to Hellas Verona on loan. Verona later bought him for 6.5 million dollars. He scored 17goals for Verona in 62 matches. In 2002, Parma bought Mutu for a fee in the legion of 15.4 million dollars. He was the player of the 2002/2003 season for Parma. He helped Parma to qualify for UEFA cup. Mutu scored 22 goals Parma in 36 matches.In 2003, Chelsea bought Mutu for 28.9 million dollars. He scored only 10 goals in 36 matches for Chelsea in his first season. He had issues with new manager in 2004.moreover he faltered in a cocaine test in September. A banned Mutu for 7 months and fined him 20000 pounds. However, Chelsea ended his contract .FIFA ruled him to pay around 10 million pounds to Chelsea. In 2009, Court of arbitration for sport rejected the appeal that Mutu filed and ordered him to pay 14.65 million pounds to Chelsea.

In January 2005, Mutu joined Juventus. It was a complex deal. Livorno signed the player and then sold him to Juventus. He played one game for Juventus that season. In 2005/2006 season, he played 43 matches and scored only nine goals. He scored a UEFA champions league goal during that season for Juventus. In 2006, ACF Fiorentina bought Mutu for 8 million Euros. He scored 16 goals in Serie A that season. “II Calcio” named him as the player of the season. In 2007/2008 season, he scored 23 goals for Fiorentina. He was instrumental in the Fiorentina’s great run in 2007/2008 UEFA cup, which ended in semi-finals. In an injury marred 2008/2009 season, he scored impressive 14 goals in just 21 matches.

Mutu made his debut for Romania in 2000 while playing against Greece. Mutu represented Romania in 65 matches and scored 29 goals for them. He played for Romania in the Euro 2000 and Euro 2008.Mutu missed a crucial penalty against Italy and it cost Romania a quarterfinal berth. Mutu is certainly a player with great grit. He came back strongly to prove his abilities in top-level football after the terrible ban. 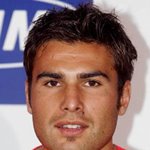