Adjoa Andoh is a British film, television, stage and radio actress of Akan descent. Andoh is known on the UK stage for lead roles at the RSC, the National Theatre, the Royal Court Theatre and the Almeida Theatre, and is a familiar face on British television (notably in two series of Doctor Who as companion Martha's mother Francine Jones, 90 episodes of the BBC's long-running medical drama Casualty as Sister Collette Griffiths and a year in the BBC's EastEnders). Andoh is the voice of Alexander McCall Smith's No. 1 Ladies Detective Agency; she won Audio Book Of The Year for Tea Time for the Traditionally Built. She made her Hollywood debut in Autumn 2009 starring as Nelson Mandela's Chief of Staff Brenda Mazikubo alongside Morgan Freeman as Mandela in Clint Eastwood's Invictus.

Andoh's television credits include Casualty (she played Colette Griffiths from 2000 until 2002), Jonathan Creek, EastEnders (where she played jazz singer Karen, the lodger of Rachel Kominski in 1991), and The Tomorrow People (where she played Amanda James in the story The Rameses Connection in 1995). She has appeared in Doctor Who a number of times: in 2006 as Sister Jatt in series 2 episode "New Earth" and as Nurse Albertine in the audio drama Year of the Pig. In 2007, she appeared in several episodes of the third series ("Smith and Jones", "The Lazarus Experiment", "42", "The Sound of Drums", and "The Last of the Time Lords") as Francine Jones, the mother of Martha Jones (Freema Agyeman). She reprised her role in the finale of series 4 ("The Stolen Earth" and "Journey's End"). 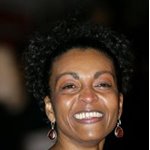 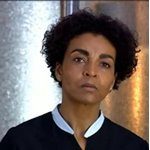 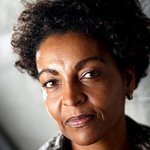 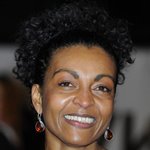 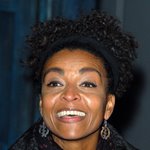 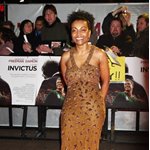 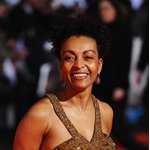 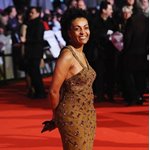