An actor with a talent for mining the neuroses of his characters for both comedic and dramatic effect and a filmmaker adept at exploring the philosophical questions at the heart of the human experience, Adam Goldberg has solidified his position as a versatile and unique talent.

Goldberg will soon be seen starring in FOX's new comedy, "Head Cases" (2005) as Shultz, a lawyer suffering from a explosive disorder who insinuates himself into the life of a fellow lawyer (played by Chris O'Donnell) recovering from a nervous breakdown. The two eventually join forces to start a law firm both to take on the cases of underdog clients who need their help, but just as importantly to try to keep each other sane. The series will premiere on Wednesday, September 14th.

Goldberg co-wrote and directed the upcoming feature I Love Your Work (2003), which was produced through his production company and will be released in Los Angeles on November 4th by Think Film. The film, starring Giovanni Ribisi, Franka Potente, Christina Ricci and Joshua Jackson, with a cameo by Elvis Costello, is about the gradual meltdown of a fictional movie star. Goldberg also composed the film's original music with The Flaming Lips' drummer Steven Drozd.

Goldberg was most recently seen on the big screen in Donald Petrie's How to Lose a Guy in 10 Days (2003) with Matthew McConaughey and Kate Hudson, Jonathan Kesselman's send-up The Hebrew Hammer (2003), D.J. Caruso's drug noir The Salton Sea (2002) with Val Kilmer, and Ron Howard's Academy Award-winning film _Beautiful Mind, A (2001)_ with Russell Crowe.

As a filmmaker, Goldberg wrote, directed and starred in the "neo-noir", Scotch and Milk (1998), which made its debut in 1998 at the Los Angeles Independent Film Festival, and was featured on the Sundance Channel series "10 Best Films You May Never Seen". In addition, Goldberg directed, co-edited, and produced the comic documentary short, "Running with the Bulls" for the Independent Film Channel.

A familiar presence on television, Goldberg's recent credits include Marcus Nispel's made-for-television Film Frankenstein (2004) (TV) opposite 'Parker Posey', guest-starring appearances on "Law & Order: Criminal Intent" (2001)_, "The Practice" (1997)_, "Will & Grace" (1998)_, and a popular recurring role on "Friends" (1994)_. Additional credits include "The Outer Limits" (1995)_, "ER" (1994)_ and "NYPD Blue" (1993)_.Born and raised in Hollywood, Adam Goldberg began performing at a young age. At the age of 14, he studied professionally with Tracy Roberts, and enrolled at Los Angeles' Lee Strasberg Institute in the next year. In the early 1990s, the aspiring actor landed on TV. He appeared in CBS’ sitcoms "Designing Women," "Murphy Brown" and the now defunct Fox Kids animated series "Eek! The Cat" as well as the TV-movie biographical drama based on the home-run legend's life, Babe Ruth.

In 1992, Goldberg made his film debut as the younger brother in Billy Crystal’s drama comedy Mr. Saturday Night. The next year, he gained notice while playing the neurotic high school junior Mike Newhouse in writer-director Richard Linklater's high school drama comedy set in 1976 in a Texas suburb, Dazed and Confused (1993), alongside future stars Matthew McConaughey, Ben Affleck and Milla Jovovich. He was also a regular on the CBS short-lived sitcom "Double Rush" in 1995.

In 1998, Goldberg received wider attention when famed filmmaker Steven Spielberg cast him to play a Jewish soldier alongside Tom Hanks in his Academy Award-winning war drama, Saving Private Ryan (also starring Tom Sizemore, Edward Burns and Barry Pepper). He then moved behind the cameras, writing and directing the critically success independent neo-noir Scotch and Milk, in which he also starred as a brooding self-styled swinger struggles to recover from his emotional break up with a woman. He also returned to TV series as co-star of the short-lived Fox fall drama set in the world of corporate stock trading, "The $treet" (2000), alongside Christian Campbell, Jennifer Connelly and Giancarlo Esposito.

Following Saving Private Ryan and Scotch and Milk, Goldberg became increasingly in-demand as a character actor. He played the Nobel Prize-winning mathematician John Nash's (played by Russell Crowe) physics colleagues in Ron Howard's Academy Award-winning biopic, A Beautiful Mind (2001; also starring Ed Harris, Jennifer Connelly, Christopher Plummer and Paul Bettany), which is loosely based on Sylvia Nasar's book with the same name. He then had a supporting role in Julie Davis' gay-themed romantic comedy All Over the Guy (2001), appeared as one of the leads, alongside Val Kilmer and Vincent D'Onofrio, in D.J. Caruso's warmly-received crime noir The Salton Sea (2002).

On the small screen, Goldberg starred as Russell Shultz, a lawyer who suffered from explosive disorder, on Fox's primetime dramedy "Head Cases." Premiered on September 14, 2005, the show was cancelled after two episodes on September 22. Afterward, he played a recurring role as Jimmy (2005-2006), the biological father of Joey's nephew Michael (played by Paulo Costanzo), on Matt LeBlanc’s sitcom “Joey” (NBC).

On working with two-time Academy Award winner Denzel Washington, Goldberg explained: Well, he felt somewhat threatened by me, I think. I don’t want people to laugh at this every time I tell them that, but you know he’d obviously seen the work. That’s what happens. People start to get a little … but eventually, through some breathing exercises which I talked him through, he relaxed, and I thought he gave a nice little performance. No, I mean he’s obviously an incredibly strong actor, I have no personal relationship with the guy, but he’s incredibly easy to act with. Anyone who’s there and in the moment, and actually listening to what you’re saying, and responding to what you’re saying, and doesn’t do the same thing twice – which is much like I work. I’ll rarely do the same thing twice. He’ll rarely do the same thing twice, and that keeps you in that moment, and that’s how I really like to work the most. It’s always difficult to do something with somebody where you could do one take with a clown wig on your head, and then they have no reaction to it, but he’ll always react to what’s going on. He’ll always give you something new.”

Goldberg just completed his upcoming film, David Fincher's crime drama thriller, Zodiac. The film, starring Jake Gyllenhaal, Robert Downey Jr. and Mark Ruffalo, is based on Robert Graysmith's two books about the real life of notorious Zodiac Killer. He will also co-star alongside Julie Delpy, playing a couple trying to rekindle their relationship with a visit to Paris, in the romantic comedy Two Days, written and helmed by Delpy. 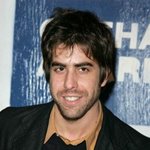 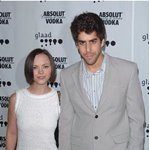 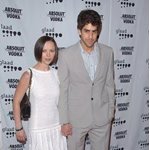 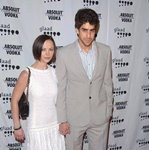 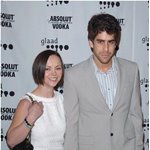 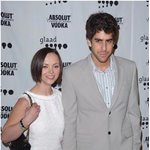 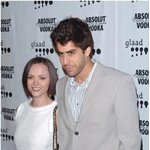 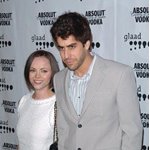