"It is such an education. The process of rehearsal means you learn so much and really get the chance to develop your work on a character. You can cover so many facets - try things out. For example, by the second week Tyler was different - he was much more level, and slightly standoffish He became more still, watching people. And he stood up for himself more. And night after night you find out more about the character, and get the chance to try things. In films there is never that time to really develop a role. You can get halfway through and think: "Oh, that's what I am about!" Adam Garcia (on his theater works).

Commencing his show biz career as a dancer, young Adam Garcia got his first professional dancing job performing tap dancing on the stepladder of the town hall in Sydney under the direction of Baz Luhrmann. Along with his friends, Garcia co-founded the Australian dance troupe Dein Perry's All Tap Company, which later received worldwide praise.

A one-line role in the Aussie TV show "Home and Away" was Garcia’s first acting work. He then went on stage and toured Australia from 1992 to 1993. Subsequently, he flew to London and played character Slide in West End production of the musical "Hot Shoe Shuffle" and was cast to play the leading part of John Travolta’s character Doody in the West End (London) production of "Grease."

Garcia became a co-presenter on the British kids’ program "Boiled Eggs and Soldiers" in 1996. He eventually landed on the big screen, playing the bit part of miner Jones in Brian Gilbert’s Wilde (1997, starring Stephen Fry), adopted from the best-selling biography by Richard Ellman about Irish-born, homosexual author and public speaker Oscar Wilde. He followed it up with the British football soap "Dream Team", playing Noah, an Australian studying at an England university.

The rest of the 1990s saw Garcia returned to stage. He costarred as Al in the London stage adaptation of "Birdy" and portraying another John Travolta’s character, Tony Manero, in Robert Stigwood’s production of the musical “Saturday Night Fever” at the London Palladium from April 1998 to April 1999. The latter character received critical applause and Garcia was nominated for an Olivier Award for Best Actor in a Musical.

After a one-week performance in Marta Emmit's production of "Cadillac Ranch," Garcia was cast to play Jason, Drew Barrymore's grown-up son in Riding in Cars with Boys (2001, also starring Steve Zahn). The true-story based comedy movie was helmed by Penny Marshall and was inspired by Beverly D'Onofrio’s book. In the next years, Garcia nabbed the starring role of a successful salesman quits his job in Mick Jackson’s screen version of Po Bronson’s novel, the comedy The First $20 Million Is Always the Hardest (2002, alongside Rosario Dawson) and voiced over the title character of Kangaroo Jack in the animated movie with the same in 2003.

On the small screen, Garcia appeared in the telemovie version of Agatha Christie’s novel, Marple: The Body in the Library (starring Geraldine McEwan), and in the new series "Doctor Who" (starring Christopher Eccleston and David Tennant). He is scheduled to star as Vaslav Nijinski, a ballet choreographer, in the upcoming BBC movie set in Paris in 1913, Riot at the Rite. Always a stage actor, Garcia recently went back on England stage for the English National Opera's “On the Town,” in which he played Frank Sinatra's role of “Chip,” opposite Caroline O'Connor. 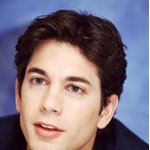 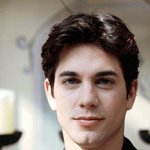 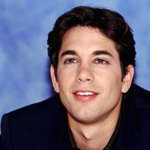 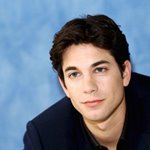 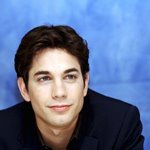 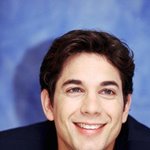 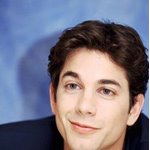