Becoming interested in music and theaters during his high school years, Adam Beach formed a short-lived garage band called Lethic (which covered heavy metal bands like Black Sabbath) and took drama classes. He soon landed roles in local theater productions and eventually left school for a lead role in “Red River Valley” at the Manitoba Theatre for Young People. In 1989, he made TV acting debut with a small part in Simon Wincer's miniseries, "A Lonesome Dove." And after scoring a small part in a Graham Greene TV movie Lost in the Barrens (1990), he decided to pursue acting as a career. Beach later credited his favorite show, "21 Jump Street," and Johnny Depp's character for encouraging him to pursue acting seriously.

Cadillac Girls (1993; starring Jennifer Dale and Mia Kirshner), a romantic drama directed by Nicholas Kendall, is Beach’s feature debut. The next year, he got his big break when he won the title role of a New England Indian brave in Walt Disney's family feature, Squanto: A Warrior's Tale. He then costarred as Ryan Black's best friend in Bruce McDonald's drama film set on the Kidabanesee reserve in Northern Ontario and adapted from W.P. Kinsella's book, Dance Me Outside, and had a supporting role in writer-director Mitch Marcus' drama starring Scott Caan, A Boy Called Hate (both in 1995). He also reunited with Bruce McDonald on the Canadian TV series "The Rez" (1996), a spin-off series based on the characters from the popular movie Dance Me Outside, and appeared on the Canadian TV series "Madison" (1997), about a group of teenagers in high school.

In 1998, Beach scored another memorable role as Victor Joseph, the stoic, handsome son of an alcoholic father, in Chris Eyre's independent film, Smoke Signals (with Evan Adams, Irene Bedard and Gary Farmer), based on Sherman Alexie's short story "This Is What It Means to Say Phoenix, Arizona." The film, the first film written, produced, directed by and starring Native Americans artists, was awarded the Audience Award at the Sundance Film Festival.

After Smoke Signals, some doors opened for Beach. He went to support Russell Crowe in Jay Roach's hockey comedy-drama Mystery, Alaska (1999), had a lead in the CBC series "Harry's Case" (2000) and appeared in the drama comedy Joe Dirt, a 2001 cult film starring David Spade, Dennis Miller, Christopher Walken, Brittany Daniel, Jaime Pressly, Erik Per Sullivan and Kid Rock. In 2002, he nabbed the key part in John Woo’s feature film Windtalkers, a star-studded production that includes Nicolas Cage, Mark Ruffalo and Christian Slater. For his role as a Navajo code talker charged with deciphering crucial U.S. military dispatches during World War II, Beach, who speaks Saulteaux, had to learn to speak Navajo which he mastered in no time.

Following his acclaimed performance in Windtalkers, Beach starred alongside Wes Studi in the TV adaptation of Skinwalkers (2002) for airing on PBS' "Mystery!" and in writer-director Steve Anderson's comedy film The Big Empty (2003), with Daryl Hannah, Kelsey Grammer, Rachael Leigh Cook and Jon Favreau. He recently appeared in the straight-to-DVD romantic comedy film that stars Jason Mewes and Paris Hilton, Bottom's Up (2006).

'Flags of Our Fathers' was probably one of the hardest, emotionally driven films I've ever done because I fell into the feelings and emotions that Ira Hayes probably felt - the loss of friends, not being close to his family, watching the horrific deaths of war." Adam Beach.

Beach will soon be seen Clint Eastwood's new film, Flags of Our Fathers, which tells the story behind the iconic Associated Press photo of soldiers raising the U.S. flag over Iwo Jima in one of the final and bloodiest battles of the 1939-1945 war. In the film, based on the bestselling book of the same name written by James Bradley and Ron Powers, Beach will portray U.S. marine Ira Hayes, a Pima Indian soldier whose life was destroyed by memories of the war's horror and by the glare of his post-war fame. Ten years after the war, he died in a ditch of alcoholism. On Hayes role, Beach commented: "Everybody always calls him 'the drunken Ira Hayes,' and that hurts. He was a hero, but also a very emotional man who couldn't sustain the picture of his friends being blown to pieces in front of him, guts everywhere, their heads blown off. And I couldn't sustain that, either."

Flags of Our Fathers will hit theaters on October 20, 2006, and Beach's performance as the most distraught of the surviving soldiers is already getting Oscar buzz, which he replied: "It's unimaginable. I never thought of myself to be talked about in that way. All I know is that every step I take, there's Native American people behind me taking the same step. So anything up ahead for me that puts me in a better position -- my success is their success, so it's a privilege and an honor." Ryan Phillippe and Jesse Bradford will also star in the film. 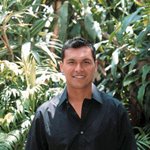 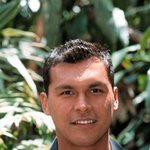 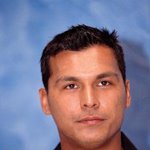 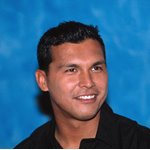 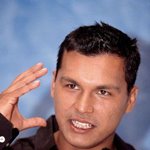 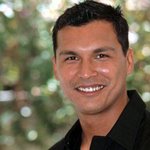