Early on the morning of January 3, 2005, back in New York after visiting family in Ohio, Aaron Lazar and his girlfriend drove over the Manhattan Bridge, made a right on Canal Street, and stopped at a red light. It’s the last image Lazar remembers.

Four years later, he tries to describe the sensation that followed. “You know when you take your first hit off a cigarette?” Lazar asks. “That nicotine sick you get, that nauseous, swimmy, gross feeling? It was like that—only with a tunnel vision that kept going and going and going.”

Lazar slumped over the wheel. His girlfriend nudged him, called his name, then started screaming. An ambulance happened to be nearby, and paramedics saved his life with a defibrillator. Lazar was rushed to Beth Israel hospital, in time for him to become one of the less than 5 percent of people to survive a syndrome known as sudden cardiac death. He was 27 years old.

The diagnosis describes “an abrupt loss of heart function,” per the American Heart Association, in which “the time and mode of death are unexpected.” Stunned friends and family assembled at the hospital, where they found Lazar unconscious but stable. Then his heart stopped again. Eventually, a doctor came into the waiting room with an update. “She had that look like she’d been crying,” says his friend Damien Paris. “And she was like, ‘Chances are he’s not gonna make it through the night.’”

But a day later, Lazar regained consciousness. “I’m like, ‘There’s a tube in my dick, there’s a tube in my throat, there’s tubes in my arms—what the fuck?’” The doctors told him he had died twice. For days, they searched for a cause—inserted cameras, injected dyes, discussed electrocuting him while he was conscious. Finally, a cardiologist looking over his charts discerned an irregularity in his heartbeat and they agreed on a solution: an ICD, or implantable cardioverter-defibrillator, a battery-powered device that would be permanently installed in his chest to sense his cardiac rhythms and, if necessary, administer a lifesaving shock.

Doctors performed the implantation the next day, and Lazar soon left the hospital, a miraculous survivor of a deadly condition—and, needless to say, someone well advised to avoid overstimulation. Actually, more than advised: If his pulse rate were to rise above a certain level, the machine in his chest would deliver 750 volts to his heart. He could exercise, within reason, and he needed to steer clear of magnets and certain electronics that might interfere with the device. But he was free to pursue a full life as one of over half a million Americans living with an ICD. A full life, but not necessarily the life of a stage-diving lead singer of a punk-metal band.

For years, the Giraffes were known as one of the most dangerous bands in the city. They sang about soccer riots, baited audiences, threw bottles, and even managed to get themselves shot. Guitarist Paris—who still carries a slug in his tibia from a 2003 clash with a fire marshal—formed the group in 1996 with drummer Andrew Totolos, a shaven-headed commercial actor whose roles tend toward psychos and neo-Nazis. Paris handled vocal duties for a few years before bowing to suggestions that they get a singer. Someone mentioned a die-hard Giraffes fan named Aaron Lazar.

A tall, darkly handsome grad student in NYU’s art program, Lazar had grown up in crack-ravaged Youngstown, Ohio, the son of a Vietnam-vet shop teacher and an academic. In 2000, Paris was given a tape of Lazar singing Prince’s “The Beautiful Ones” in a sublime, intoxicated falsetto. “He sang it all drunk off his ass,” Paris says. The band had a lead singer.

Over the next four years, the Giraffes recorded three albums of dense, gnarly rock, much of it written by Lazar, in the vein of early-eighties hard-core bands like Black Flag and Bad Brains, trading in the standard sick jokes and morbid fantasies of white-boy ironists. By 2005, they had a national underground following. Then came sudden cardiac death.

A few weeks after leaving the hospital, Lazar, shaky and depleted, returned to performing. He was tentative for a couple of shows, singing stock still, dodging any physical involvement. But before long, muscle memory took over. “By the third or fourth show, he’s kicking me in the pants, shoving me, throwing shit at me,” says Paris. “And I was like, ‘All right!’” A fully reconstituted mosh engine, they continued rocking and raging just as before. Then came round two.

On March 29, 2005—just about three months after the first attack—the Giraffes were playing a sold-out Chicago show. “We were rockin’, we were doing well,” says Totolos. Lazar “was windmilling a mike stand, jumping around, falling on the floor.” The band kept stoking this aggro bacchanalia right into the second-to-last song, “Sugarbomb.” Totolos got the tempo going to around 192 beats per minute. “I was hitting each one with the snare and [Lazar] was matching each hit—going ‘Hey! Hey! Hey! Hey!’ on every single one,” he says. The song ended with the standard late-set mayhem, with Lazar falling on his back and pulling Paris down on top of him. 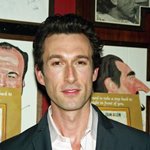 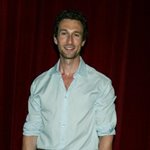 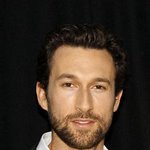 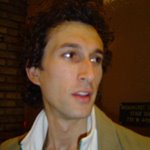 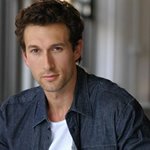