"Music is something that always lifts my spirits and makes me happy, and when I make music I always hope it will have the same effect on whoever listens to it." Aaron Carter.

At the tender age of seven, Aaron Carter began his music career as the lead vocalist for the band Dead End. Two years later, he made his first solo performance in the opening act for the Backstreet Boys in Berlin in March 1997. The gig led Carter a recording deal and in the fall of 1997, he released his debut single, "Crush On You," which reached #9 in the UK music charts.

On December 1, 1997, Carter released his first full-length album, Aaron Carter. It spawned three singles: "Crazy Little Party Girl" (#7 UK), "I'm Gonna Miss You Forever" (#24 UK) and "Surfin' USA" (#18 UK). The album itself went gold in Norway, Spain, Denmark, Canada, and Germany, and was later re-released the next year with a new song and a mix.

Carter followed it up with the EP Let The Music Heal Your Soul, which came out on May 18, 1998. It was a fund-raising project that featured vocals by Carter, the Backstreet Boys, 'N Sync, the Moffatts, and other musicians. He also sang "(Have Some) Fun With The Funk" for the 1999 movie Pokémon: The First Movie, "Iko Iko" for the 2000 film The Little Vampire and "Life Is A Party" for the 2000 movie Rugrats In Paris: The Movie.

On August 7, 2001, 13-year-old Carter recorded album Oh, Aaron, which also featured his first duet recording with brother Nick. It delivered singles "Leave It Up To Me" (#22 UK), "Not Too Young, Not Too Old," "I'm All About You" and an album-titled single. The album was accompanied by a video/DVD of the same name (released on Mar 26, 2002), which featured footage of his 2001 concert in Baton Rouge, Louisiana and music videos and interviews. Along with the album's release, an Aaron Carter action figure was created by Play Along Toys. Meanwhile, he also sang "Leave It Up To Me," "AC's Alien Nation" and "Go Jimmy Jimmy" for the movie Jimmy Neutron, Boy Genius and "Little Bitty Pretty One" for the film The Princess Diaries (both in 2001).

The following year, on November 3, Carter released a collection album, Most Requested Hits. It included songs from his last three albums and a new single, "One Better" (2004). On March 22, 2005, Carter’s CD single “Saturday Night,” which Carter promoted during his summer 2005 "Remix Tour," was released. The track, released by Trans Continental label, was also featured in the Popstar soundtrack, in which Carter also starred.

More recently, in 2006, Carter released a compilation album, Come Get It: The Very Best of Aaron Carter. He also released his next project titled 2 Good 2 B True.

Adding to his music career, Carter has branched out in acting. E was spotted as a guest in such TV series as “Lizzie McGuire,” "Family Affair," “Sabrina the Teenage Witch” and “7th Heaven.” He also debuted on Broadway in April 2001, portraying JoJo the Who in Seussical the Musical by Lynn Ahrens and Stephen Flaherty. On the big screen, Carter was first seen as a cameo in Joel Zwick's 2004 comedy, Fat Albert. He eventually nabbed his first lead role in a feature, director Richard Gabai's family comedy Popstar (2005), a direct-to-video film that was based on Carter’s life as a performer. Carter, a real-life motocross racer, also appeared in Steve Boyum's motocross drama Supercross (2005). He also appeared in writer-director Jeff Garlin's romantic indie comedy I Want Someone to Eat Cheese With (2005). 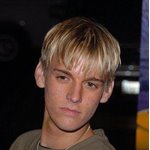 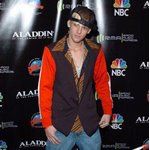 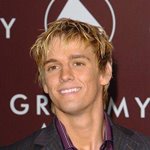 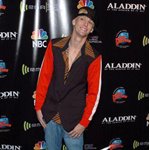 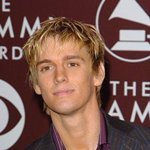 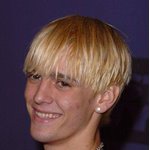