Aaron Andre Frazier is an American actor who is best known for playing Old Weird Harold in Fat Albert.

He is a famous TV actor, who has worked in a number of TV serials. His very first serial was in the year 2002, called, "First Monday", in which he worked as Aaron Andre Frazier, in its episode called, "Court Date". In the same year, 2002, he also worked in another famous serial called, "Brace Face Brandi", and played the role with the name Chris. They very next year, that was 2003, he worked in two serials. 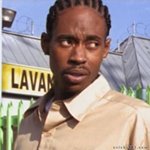 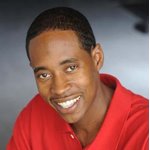