If you were to play word-association with the name 'A-ha', the response would be normally 'Take On Me'. And so exists the unfortunate dilemma for Norways biggest musical export. Morten Harket (lead vocals), Paul Waaktaar-Savoy (guitar, backing vocals) and Magne Furuholmen (keyboards, guitar, backing vocals) formed in 1983, moved from their native country to the UK in search of success and promptly signed with Warner Brother Records. Three good looking lads, a catchy band name and hopefully the music to match - it couldn't fail.

But it so nearly did. Their debut release, 'Take On Me' (originally titled 'Lesson One'), failed to chart twice. Only for the persistence of their record company, the band might have struggled to make the breakthrough. With the assistance of Alan Tarney's production and a ground-breaking pencil-sketch video, 'Take On Me' became one of the most recognised song of the era reaching No 2 in the UK and No 1 in the USA. Surprisingly, the band had even better to offer. Their debut album, "Hunting High and Low" (1985) produced four smash hits across Europe including the ahead-of-its-time 'The Sun Always Shines on TV' and classic ballad 'Hunting High and Low'.

Although marketed as a boy band, the trio knew they were more than that. They wrote their music, played their instruments and in lead singer Harket, they had one of the industries most recognised and talented voices. In a bid to shake the unwanted 'musical bubble-gum' tag, their follow up album "Scoundrel Days" (1986) was darker than their debut. 'I've Been Losing You' was a rockier lead single, and they also delivered hits with 'Cry Wolf' and the poignant and mildly operatic 'Manhattan Skyline'. Incidentally, the latter, their seventh UK single release was the first to miss out on the top ten, reaching No 11.

In 1987, their place in musical history was cemented when they were commissoned to write the theme song to the latest James Bond movie, "The Living Daylights". The track was well received and reached No 5 in the UK.

In another slight shift of image, the band attemped to mature with their
listeners in 1988. Their third album, "Stay On These Roads", was their least successful. It still had hits - the title track was a decent ballad, 'Touchy' and 'You Are The One' were catchy pop songs and 'The Blood That Moves The Body' a moody descendent from 'The Living Daylights'. But over-production strangled the life out of well-written tracks like 'Out of Blue Comes Green', 'Theres Never a Forever Thing' and 'This Alone is Love'.

Realising that they were falling between two stools, chief song-writer
Waaktaar-Savoy, pushed the envelope on their 1990 release "East of the Sun, West of the Moon". The album performed moderately despite its more organic style and a superb version of the Everley Brothers classic 'Crying in the Rain'. 'Early Morning', 'East of the Sun' and '(Seemingly) Nonstop July' demonstrated their ability to write more contemporary music without the over-production that had troubled them in the past.

The following year saw the release of their greatest hits olection, "Headlines and Deadlines", which contained just one new track, the reasonable 'Move to Memphis'.

But sales were dwindling and the band searched in vain for the formula. Their 1993 release, "Memorial Beach" was the final straw. Regarded by fans as their grand opus, it delivered just one minor UK hit in the excellent U2-esque, 'Dark Is The Night For All'. But the album was a lethal collection of melancholic classics - 'Cold as Stone' a phenomenal eight-minute epic, the disturbing imagery of 'Locust' and the mesmerising title track. 'Move to Memphis' was re-recorded, sounding far heavier than its previous incarnation. 'Angel in the Snow' was a beautiful ballad written by Paul for his wife, Lauren Savoy, while 'Lie Down in Darkness' and 'How Sweet it Was' were broad-shoulderd rock numbers.

The following year saw the band release the harmless pop-tune 'Shapes That Go Together', the official song of that years Paralympics. But with touring scaled down to small venues and internal problems grinding patience within the band down to breaking point, the trio took time off to do their own thing. Harket had a moderately successful solo career with the highlight being his "Wild Seed" album, Furuholmen devoted his time to his other great passion - painting - and Waaktaar-Savoy formed the band Savoy with his wife and built a large following in his home country.

In 1998, the band were asked to perform two tracks at the Nobel Peace Concert in Oslo. Curious to perform together again, they worked on a new track called 'Summer Moved On' which Waaktaar-Savoy had written. The positive reaction to their performance in Oslo led the trio to announce that they were working on a new project.

It arrived in 2000 - "Minor Earth Major Sky". The break had done them the world of good and the album was a huge hit in Europe, although notably promotion and acknowledgment in the UK was minimal. 'Summer Moved On' was the successful lead single and it was followed by the catchy mid-tempo synth-rock title track and tender ballad 'Velvet'. Despite being ignored in the UK, the album was named as one of the years top thirty albums by British music writers. The band finished their European tour with two sold out nights at Oslo's Vallhall venue. The desire to see the band was so high amongst fans around the world, an estimated 28 countries were represented at the shows.

Their seventh studio album, "Lifelines", received a warm critical reception in 2002. Mixing gentle pop sensibilities 'Lifelines', 'Solace', 'Time and Again'), dance-rock ('You Wanted More', 'Did Anyone Approach You?') and mature guitar-driven tunes ('A Little Bit', 'Less than Pure', 'Dragonfly') they have once again proved to be masters of their trade. Lead-single 'Forever Not Yours' topped the charts in seven countries and the band are continuing their
sold-out world tour through the year.

More than the one-hit wonder that most people would have you believe, the
question is would A-ha have been better off if 'Take On Me' had not been the hit it was? 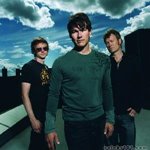