You might know A.C. Newman as Carl Newman, the spry redheaded leader of The New Pornographers. That band puts Newman’s brilliant songs in the hands of a varied crew of insanely talented pals; with 'The Slow Wonder,' Newman’s own talents take center stage, showcasing him as an classic, if eccentric, songwriter, part of a lineage that includes Ray Davies, Johnny Rivers, Harry Nilsson, Colin Blunstone, Dave Edmunds, Andy Partridge, Wayne Coyne, Ben Folds, Britt Daniel, or any other number of guys he doesn’t exactly sound like but with whom Carl could readily match wits.
Vancouver-based guitarist and singer/songwriter Allan Carl Newman broke into the Canadian music scene in the early '90s as a member of alternative rock/grunge outfit Superconductor. A longer stint with power pop group Zumpano followed in the mid-'90s, resulting in two well-received albums, Look What the Rookie Did and Goin' Through Changes, but it wasn't until Newman formed the New Pornographers in 2000 that his hook-filled guitar pop anthems became staples of the crowded 21st century indie rock scene. The Newman-led collective released a string of popular records over the next decade. Peppered in between were numerous solo projects from bandmembers Neko Case, Dan Bejar (Destroyer), and Newman himself, who released his solo debut, Slow Wonder, in 2004 and Get Guilty in 2009, both of which arrived via Matador Records. ~ James Christopher Monger, All Music Guide 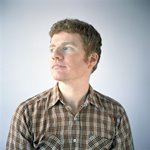