A. J. Green is an American football wide receiver for the Cincinnati Bengals of the National Football League (NFL). He was selected fourth overall by the Bengals in the 2011 NFL Draft. Green played college football at the University of Georgia. In his first season with the Bengals, Green made the 2012 Pro Bowl and became the first rookie receiver to make it since Anquan Boldin in 2003, with the Arizona Cardinals. The last Bengal rookie wide receiver to make the Pro Bowl was Cris Collinsworth in 1981.

In the fourth game of his college career, against Arizona State, Green had 8 catches for 159 yards and a touchdown. For this, he was named SEC Player of the Week. He finished the 2008 season with 56 catches for 963 yards and 8 touchdowns, all Georgia freshman school records. He also led the SEC in receiving yards, with the third-highest total in UGA school history. He was named second-team All-SEC and Freshman of the Year by the SEC coaches, and was named to the Associated Press All-SEC first team. He was not named to any national All-American teams.

Green was suspended for the first four games of the 2010 regular season after he admitted to selling his 2009 Independence Bowl Jersey for $1,000 to former North Carolina defensive back Chris Hawkins, who the NCAA described as an agent or someone who markets amateur athletes. As part of his punishment, Green was required to repay $1,000 to a charity. Despite missing the first four games, Green finished the season with a team high 57 catches for 848 yards and nine touchdowns. On January 9, 2011, Green officially declared for the 2011 NFL Draft. He finished his three seasons at Georgia with 166 receptions for 2,619 yards and 23 touchdowns. 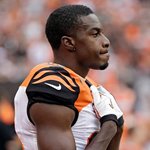 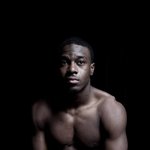 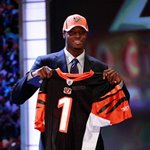 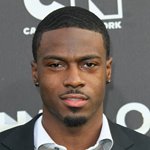 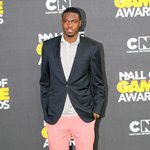 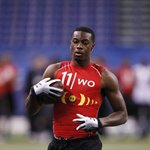 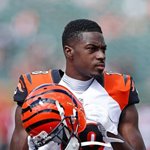 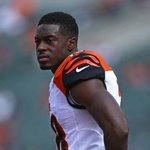