98 Degrees have always had a simple philosophy about success: persevere, work hard, have faith and eventually you'll reach your goal. For the quartet, who've sold millions of albums and earned a devoted fanbase since they arrived on the music scene in 1997, that humble way of looking at things has helped make them four of the hottest singing sensations in pop music. But their ultimate aspiration has always been clear-having people recognize that their talent goes beyond just their amazing harmonies. With their new album, Revelation, they've achieved that goal.

Revelation is an impressive step for members NICK and DREW LACHEY, JEFF TIMMONS and JUSTIN JEFFRE, who've always had a hand in writing and producing their albums: The group cowrote 11 of the album's 13 tracks. "That's why we're so excited about this project," DREW explains. "We were able to contribute so much to it. I think it's going to reflect on the album-we feel so close to the songs."

From the opening chords of the album's Latin-flavored first single, "Give Me Just One Night (Una Noche)," it's clear that 98 Degrees have reached yet another plateau. Long known for being premier balladeers, the pulsating track shows a more rhythmic 98 Degrees. The minute the guys heard the song (written by producers Anders Bagge and Arnthor Birgisson), they knew it was destined to be their inaugural release off the album. "It's so energetic and intense," says NICK. "We've never had an uptempo single so that in itself was a departure for us." Fueled by Spanish-sounding guitar, killer percussion and a groove-filled melody, "Give Me Just One Night" is a dancefloor smash in-the-making. And to reflect the album's infectious energy and South of the Border vibe, the group traveled down to Mexico's Mayan Ruins with director Wayne Isham to film the song's mysteriously sensual video.

Recorded in Los Angeles and produced by Anders Bagge and Arnthor Birgisson (who produced their holiday album, This Christmas, and their Top 3 hit, "Because of You" from 98 Degrees And Rising), Carl Sturken & Evan Rogers (the team behind 'N Sync's "God Must Have Spent"), Rhett Lawrence (Mariah Carey, BeBe and CeCe Winans, Monica) and Sam Watters & Louis Biancaniello (who produced the NICK LACHEY-Jessica Simpson duet, "Where You Are"), Revelation is a cornucopia of sounds. "The theme of this album is really about us growing musically," JEFF says. NICK concurs: "We tried not to have any boundaries, try different stuff. The album is so versatile, there's so many different types of songs." Case in point: NICK even raps on the track "Dizzy," though he jokes that that definitely won't become a 98 Degrees staple. "I enjoy rhyming. I wrote it in five minutes and just put it down. It was something fun to do."

From the romantic balladry of tracks like "Stay The Night" and the Seal-inspired "Yesterday's Letter" (cowritten by DREW and JEFF), to the danceable funk of "You Should Be Mine", the Southern hip-hop flavor of "Dizzy" (cowritten by DREW and Rhett Lawrence) and the Earth Wind & Fire-sounding "Never Giving Up" (cowritten by JEFF and JUSTIN), it's clear that 98 Degrees have reached a new level of artistry. And they've also become supreme storytellers. Revelation percolates with songs about love and loss-and living life to the fullest. And the guys' personal experiences found their way onto the album. NICK reveals that the tender track "My Everything" is inspired by his relationship with Jessica Simpson. "That song is purely dedicated to her and she knows that. That's special for both of us."

Revelation is yet another impressive step for the quartet. Building on the promise of their 1998 multi-platinum sophomore smash, 98 Degrees And Rising (which spawned hit singles "Because of You," "The Hardest Thing" and "I Do (Cherish You)") and their gold-selling 1997 debut self-titled album (which spawned the hit track "Invisible Man"), it demonstrates the maturity they've achieved as singers and songwriters. Having time off from their hectic touring schedule gave them a chance to truly devote their energies to crafting the stellar album. "I felt like this was the first time we got to catch our breath, get our creative vibe going and grow," JUSTIN explains. "We came back with fresh ideas and fresh ears. The hardest part of making this album was picking and choosing the songs, because there was a lot of material to choose from."

Since emerging on the music scene three years ago, 98 Degrees have been regarded as a vocal group to contend with. But being recognized was the result of group's determined efforts to get discovered. Their story began with JEFF, a native of Massillon, Ohio, who moved out to Los Angeles to pursue a singing career. When his first attempts at putting together a group didn't work out, he ultimately ended up meeting Cincinnati, Ohio native NICK through a mutual friend. Their musical chemistry was instant and soon NICK called on his longtime pal JUSTIN (the two attended the Cincinnati School for the Creative and Performing Arts) to head out to California and try his hand at singing with them. The last piece of the puzzle to fit was DREW, NICK'S younger brother, who was working in Brooklyn as an Emergency Medical Technician. He took his chances on the fledgling group.

The newly christened 98 Degrees endured their fair share of odd jobs and tight living conditions while struggling to get their big break. That break finally came backstage at a Boyz II Men show when they met a manager who saw a spark in the quartet. Soon, 98 Degrees were touring with R&B star Montell Jordan and before long were drawing raves for their dynamic performances. In 1997, they scored a recording deal with Motown Records (and signed to Universal Records in 1999).

Looking back at the struggles they endured to make a splash on the music scene, all four guys admit that the tough times only bonded them more tightly as a unit. The album title reflects the hard-earned lessons they've learned along the way. "We've learned about the business together, we've learned about hardships together," JEFF says. "We're like a family. We've dealt with everybody's setbacks and have also had the highest of highs together."

Some of those highs include singing with their musical idol, Stevie Wonder, on the song "True To Your Heart," which appeared on Disney's Mulan soundtrack (as well as on 98 Degrees And Rising), performing the rousing duet "Thank God I Found You" with Mariah Carey and Joe, and performing at the White House for President Clinton. But their happiest memories also involve making an impact on their loyal fans. "I think the most exciting thing is the reaction we've gotten from people who've been inspired by our music," JUSTIN explains.

And with Revelation, the group is destined to keep on inspiring people. "To see how it's accepted and what people think about it, that's the most exciting part," DREW says. NICK agrees: "All we ever wanted to do was be recognized for the music and have people enjoy our music. My hope for this album is that people will continue to appreciate it and have respect for what we do." 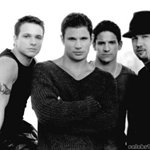