Vicki Lewis has gained widespread recognition for her role as Beth, the quirky, quick-witted secretary on the hit NBC series NewsRadio, currently in its fifth season.

Her next project is The Downtowners, the prime-time animated series from the creators of The Simpsons, which will focus on the lives of four friends who live in a downtown New York loft. Lewis plays Posey Tyler, a whimsical, free-spirited girl who possesses a slightly darker side. The series, which also features the voices of Wallace Langham and Jane Wiedlin (the Go Go's), will debut this fall on the WB network.

Lewis worked consistently on the New York stage before a role in James L. Brooks' comedy feature, I'll Do Anything, brought her to Los Angeles. She then began working steadily in television, with guest appearances and recurring roles on such hit shows as Seinfeld, Murphy Brown, Home Improvement and Caroline in the City.

Lewis continues to return to the stage, most recently appearing in the Broadway revival of Damn Yankees and the City Center production of Pal Joey. 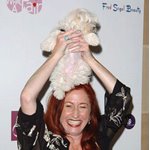 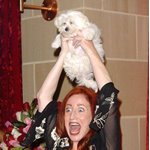