Bloom was born in Boston, Mass. and grew up in Connecticut and Florida. She studied architecture at Princeton University, but became interested in acting when a fellow student asked her to star in a short film. She also performed on stage with an innovative company called "diSiac" and starred in other student projects while in college.

Before landing the role on "Y&R," Bloom appeared in the film "Finishing the Game," in which she played a casting assistant who is in charge of finding martial arts star Bruce Lee's replacement. She has made a guest appearance in an episode of "Las Vegas."

The daughter of a high school guidance counselor and a businessman/college professor, Vail enjoys mentoring young people, and tutors middle and high school students on her days off. She also enjoys hiking and running in her spare time. 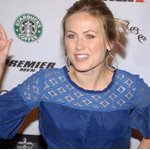