Tricia Helfer was born in Donalda, Canada (Alberta) [on a grain farm] in 1974. It was not until 1991 when the beautiful Tricia was discovered by modeling agency scout Kelly Streit while waiting to get into a movie theater. He entered her into Ford’s Supermodel of the World Contest the following year – and she won. She was then picked up by the Elite Modeling agency.

Over the next few years she was highly in demand and appeared on covers and in magazines such as Elle (8/93), Vogue and Cosmopolitan (7/98). She also did runway modeling in the US, Canada and abroad. In addition, this sexy model also worked on ads for Chanels Cristalle perfume, Victoria Secrets lingerie and clothing for top designers (e.g., Christian Dior, Claud Montana, Emanuel Ungaro and Givenchy).

In 1994, she tried her hand at being a correspondent on a Canadian fashion television show called Ooh La La. She loved being on the small screen and moved to Los Angeles to further pursue her passion as an actress. Over the next few years she had a few small roles in various television shows, such as Unzipped in 1995 and Catwalk in 1996.

It was not until 2000, in the comedy, Eventual Wife, that she had her first starring role. Two years later, she landed the lead role in Showtime’s Jermiah, but it was cancelled after the first show. Other television appearances, such as an episode on CSI followed over the next two years.

In 2002, she married her boyfriend Johnathen Marshall, a prominent entertainment lawyer.

Her big break in television came in December 2003, when she took on the role of Number six, a Cylon (its like a cyborg) on the sci-fi series Battlestar Galactica. This led to being featured in Maxim magazine in 2000– and appearing on Maxim’s 2005 calendar.

In 2004 she was featured in Maxim magazine and was the cover girl for Maxim’s sexy wall calendar a year later. During 2004, she also portrayed Farrah Fawcett in the made for TV movie Behind the Camera: The Unauthorized Story of “Charlie's Angels.”

The Battlestar Galactica series was so popular that it was picked up for another round of episodes, so you will be able to see her in the near future on television and on the big screen in the upcoming movie Mem-o-re. 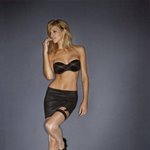 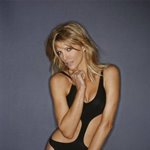 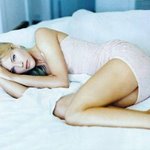 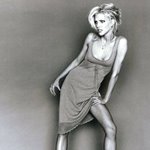 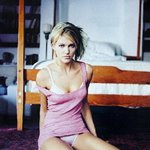 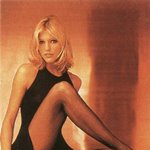 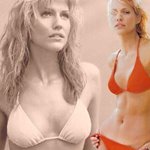 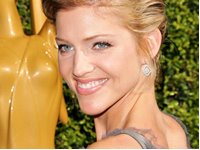 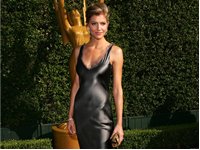 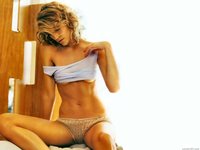 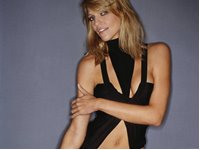 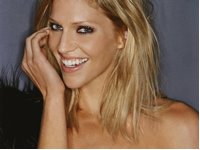 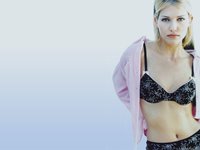 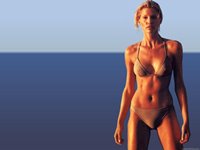 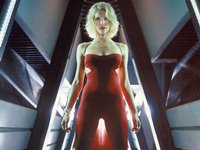 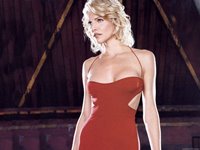