Coppola began her career as an infant making several background appearances in her father's films. The most well-known of these early roles is her appearance in The Godfather as the baby boy in the christening scene. She is also featured in her father's film The Outsiders in a scene where Matt Dillon, C. Thomas Howell, and Ralph Macchio meet in a Dairy Queen before the famous burning church scene.

Frankenweenie (1984) was the first film she performed in that was not associated with her father. However, it often goes unnoticed due to her stage-name "Domino" which she adopted at the time because she thought it was glamorous.[1]

Her best known role is Mary Corleone in The Godfather Part III (1990), a role for which she was casted at the last minute after Winona Ryder fell ill. This heavily criticized performance (for which she received the award of "Worst New Star" in the 1990 Golden Raspberry Awards) practically ended her acting career, save for appearances in the independent film Inside Monkey Zetterland (1992) and in the background of films by her friends and family. In 1999 she appeared as a handmaiden in George Lucas' Star Wars Episode I: The Phantom Menace (1999). She has since been quoted as saying she wasn't hurt by the criticism from her role in The Godfather Part III because she never wanted to be an actress.[2]

She can also be seen in several music videos from the 1990's, appearing briefly in Madonna's video for Deeper and Deeper in 1992 and went on to play a gymnast in the 1997 video for "Elektrobank" by the Chemical Brothers, which was directed by her future husband Spike Jonze.

Coppola's most recent film is the biopic Marie Antoinette, adapted from the biography by British historian Lady Antonia Fraser. Kirsten Dunst plays the title character who marries King Louis XVI, played by Jason Schwartzman, Coppola's cousin. It débuted at the Cannes Film Festival where, despite boos in the audience, it received a standing ovation.[3] Critics were divided.

Coppola has often been lauded as a pop culture icon within the indie music/film communities, in Paris and Tokyo especially. Her fashion sense was always apparent, and as a child she stayed in the wardrobe department of her father's films, later, in high school, she would intern with Karl Lagerfeld at Chanel. In 2002 fashion designer Marc Jacobs handpicked the actress/director to be the face of his house's fragrance. The campaign involved photographs of the Academy Award winner shot by photographer Juergen Teller in his chic signature grainy style.

In the mid-1990s, she and best friend Zoe Cassavetes helmed the short-lived series Hi Octane on Comedy Central. The show was a virtual who's-who of underground music, with frequent guests like Donovan Leitch, Mike Watt, Thurston Moore, Beck, and model-actress Jenny Shimizu (whose contribution to the show was educating viewers on the proper way to repair a transmission on a vehicle). Coppola has distinct tastes in indie music and style, which came together in a culturally controversial way in her soundtrack choices for Marie Antoinette.

The '90s proved to be an extremely productive time in Coppola's life. At the beginning of the decade, she was often featured in girl-centric magazines like Seventeen and YM. In 1998 she co-founded the clothing line "Milkfed." in Japan with friend Stephanie Hayman in cooperation with Sonic Youth's Kim Gordon. The end of the decade marked her directorial debut. 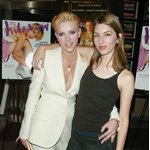 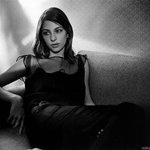 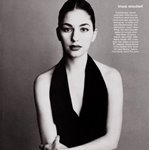 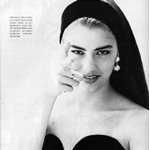 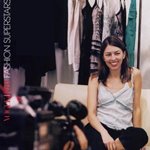 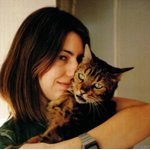 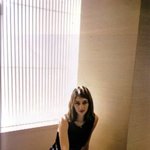 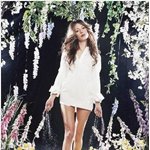