Patrice Evra is a French international footballer who plays for English club Manchester United in the Premier League and the France national team. Originally an attacker, he primarily plays as a left back and is described as "the classic example of a modern full-back" who is renowned for his "pace, athleticism, and determination". Evra "offers a genuine attacking outlet down the left" and is also "strong in the air" despite his noticeably small frame. Evra, whom Sir Alex Ferguson praised for his leadership, has served as captain for both Manchester United and France.

Evra is a former French youth international having played for the under-21 team. Due to harboring in Italy during his development years, he failed to earn call-ups with teams below the under-21 level. Evra earned his first call-up to the under-21 team under Coach Raymond Domenech on 3 October 2002 for matches against Slovenia and Malta. He made his under-21 debut in the match against Slovenia as France cruised to a 1–0 victory. Evra was forced to miss the match against Malta after suffering an injury in the win over Slovenia. The defender regularly appeared for the team through 2002–2004 as France attempted to qualify for both the 2004 UEFA European Under-21 Football Championship and the football tournament at the 2004 Summer Olympics. France failed to qualify for both competitions, which resulted in the end of Evra's youth career. Evra earned his first call-up to the senior national team in May 2004 after coach Jacques Santini named him to the 31-man preliminary squad to participate in UEFA Euro 2004. Following the trimming of the squad to 23 players, Evra was not included and subsequently missed out on the competition. Following the European Championship, with former under-21 coach Domenech now coaching the team, Evra was called up to the senior team for its friendly against Bosnia and Herzegovina on 18 August 2004.

The defender admitted that he was "very proud" to have been called up to the team. Evra made his senior international debut in the match against Bosnia and Herzegovina. He started on the left wing before being substituted out in the 75th minute for Robert Pirès. The match ended in a 1–1 draw. Due to an injury to starter Eric Abidal, Evra supplanted him and appeared as the starting left back in France's first two 2006 FIFA World Cup qualification matches. After being called up for the team's March 2005 friendly against Switzerland, Evra was forced to withdraw from the team due to injury. As a result, William Gallas was inserted in the role as a makeshift left back. Following Abidal's return from injury and, due to Domenech preferring Mikael Silvestre as the incumbent's backup, Evra went without a call-up for almost two years and, consequently, missed the 2006 FIFA World Cup. In October 2007, the defender explained to L'Equipe that the World Cup snub had "gave me my determination".

After Euro 2008, defending stalwart Lilian Thuram retired from the team. To accommodate the player's retirement, Domenech decided to move Abidal into the centre back position, which allowed Evra to take over as the starting left back. In the team's first competitive match since Euro 2008 against Austria, Evra assisted on France's only goal scored by Sidney Govou in a surprising 3–1 defeat. During the 2010 FIFA World Cup qualification campaign, Evra participated in ten of the team's 12 matches, which included both legs in the team's playoff round win over the Republic of Ireland. On 26 May 2010, Evra captained the national team for the first time in a friendly match against Costa Rica; France won the match 2–1. He was subsequently named the captain for the 2010 FIFA World Cup ahead of Thierry Henry, who was relegated to the bench for the tournament. 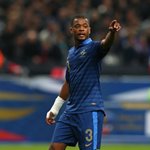 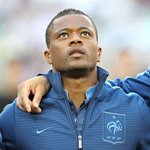 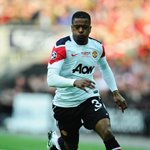 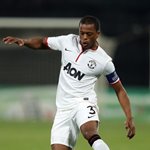 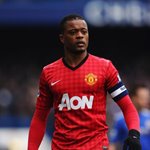 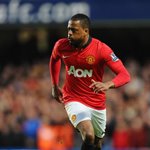 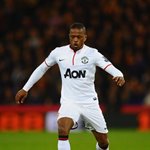 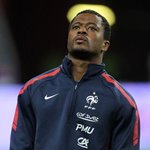