Onika Maraj (Born December 8, 1984) known asÂ Nicki Minaj is a female rapper from Southside Jamaica, Queens, NewYork. She grew up in a troubled home, with a father on drugs and a struggling single mother. Despite her hectic environment, Minaj went on to graduate from LaGuardia High School in Manhattan where she studied singing and acting.

Working as an administrative assistant, she dedicated all of her free time to pursuing a potential music career. Nicki Minaj started off singing, from background vocals, to hooks for local rappers. Minaj wanted to “stand out” more, from the average dime-a-dozen young aspiring singer and began writing raps. Starting out as the lone female in a group, (which she left in 2006)

Nicki soon branched out and was noticed on Myspace by Dirty Money CEO Fendi. Who signed her and put her on the front of his Dirty Money Label, and his The Come Up DVD.

Appearing on The Carter Edition of the DVD series, Minaj was noticed by rapper Lil’ Wayne who immediately called Fendi to negotiate meeting Nicki. He was convinced by not only her different style of rapping, but her ability to full on write her own material that she was perfect to be the face of his Young Money label. The two collaborated on mixtape styled remakes of tracks such as “Sunshine”, “Big Spender” and more recently a song entitled “Higher than a Kite” which uses T.I.’s “My Swag” beat. In April of 2007, she released her first mixtape entitled Playtime is Over. Where she posed as a Barbie doll on the cover. Lil’ Wayne appeared on the track “Can’t Stop, Won’t Stop”.

Nearly a year later, Minaj released her second mixed cd titled Sucka Free. Controversy surrounded this as Nicki paid tribute to rapper Lil’ Kim by posing with her legs spread for promotional posters. She describes it as something to “pull people in”, so that they would listen to what she had to say. Nicki Minaj graced the pages of the July issue of the XXL magazine giving a brief overview of her life up to that point in time.

Aside from her original moniker, Minaj also uses an array of Aka aliases to describe herself, such as; “Nicki Lewenski”, and “AKA Sit on your favorite rapper’s face” 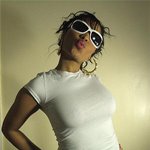 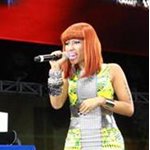 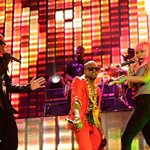 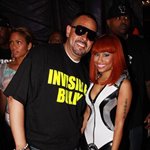 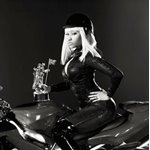 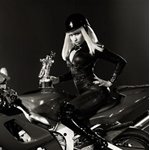 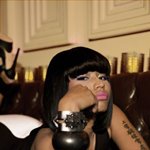 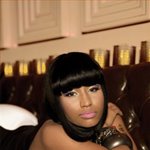