I was born in Chicago on a snowy winter morning on November 20th, and raised there West of Bucktown. My parents had three daughters and so, having no brothers, we learned to terrorize my father. I am the middle child and was exactly what you'd think I might be. I was hyper, I was a clown, and I was sensitive. Today I'm all of the above, except I've refrained from bouncing off the walls. When I was 10 years old I knew, without a doubt, what I wanted to do with my life. I wanted to be a gymnast. Not knowing how to get me involved in my dreams, my parents bought me a ballerina Barbie. So I practiced flipping on and off the mattress and did cartwheels in my yard. In fifth grade I joined the cheerleading team and I learned a few tricks. Everyday I practiced the splits until one day, on a warm Sunday afternoon, still in my Sunday church dress and shiny white shoes, it happened. Alas, the split! I did the split everyday of my life until it became embarrassing, and even now on occasion I will try just for the hell of it.

Okay, moving on…..at thirteen I decided I wanted to be an actress. I'd seen Punky Brewster, I'd seen Webster, I saw Annie and it was time to either be an orphan or an actress. Certain my parents were indeed who they said they were, I decided I wanted to join other families by playing pretend. At 13, I walked into a talent agency in Chicago and had a nice chat with a beautiful agent named Myrna. Myra told me to come back with my mother and so I did. Mom didn't take to Myrna all that much. I think she was scared of letting her baby enter a world she had never known, and so my dreams were postponed. In high school I acted in school plays. My first play was Twelve Angry Jurors and guess what? I played the angriest of them all. By 18 years old, when it was time to choose a college, I chose Columbia College in Chicago. I thought I was going to study acting, but by then a "real" career, Marketing, had settled in my conscious. I needed a part-time job, so I went back to that talent agency and landed a job as Myrna's assistant. While working for Myrna, she encouraged me to pursue my childhood dreams, realizing I was too old to do flips off a balancing beam, I got myself a headshot and Myrna started submitting me for jobs. A few months later, I booked my first job for a McDonald's commercial. I said, "Welcome to McDonald's. May I take your order?", and I was hooked. Next came other commercials and print, I joined an acting troupe and got to do some stage work. Meanwhile, I finished college with a BA in Marketing. In October 2001, I packed my Honda Civic and drove to Los Angeles. It hasn't been a rosy road, but thankfully Los Angeles has been good to me. I've worked in both tv and film (IMDB) and have been featured in magazines. Last year I was named one of Five Rising Stars to Watch Closely for USA Today and
Variety's Ten Actors To Watch 2005. I was nominated for an Alma Award as best supporting actress for my role on MY NAME IS EARL and featured in Entertainment Weekly's "Must List". My Name is Earl is on it's 2nd season and I'm still having an incredible time. I hope to have a long successful career filled with the opportunity to portray the lives of many characters. I hope I can bring you some of the joy I feel as an actress and as a person through my work and maybe even inspire you to find the artist in you. My life hasn't been all that easy, so my wish as an actress is to share all of my experiences with you through imagination and creation. I look forward to growing with you. 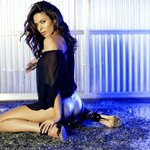 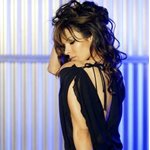 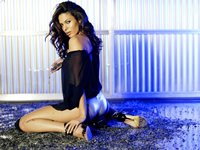 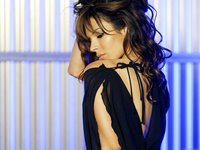