Morgana Robinson is an English comedienne, writer and actress, who is probably best known for her eponymous comedy sketch programme The Morgana Show, appearances on The TNT Show and Very Important People.

Her television debut came in 2007, as she played an Eastern European internet bride in BBC1's comedy The Green Green Grass. She then starred in the TV pilot Eight Steps to Enlightenment and a Nervous Breakdown, an improvised mockumentary playing Rachel, a self-obsessed glamour model, trying to rid herself of cellulite. In 2009 she appeared as Anna in the BBC1 comedy My Family in the episode "It's Training Men". In 2009, she appeared in a running sketch segment (Gilbert's Special Report) in The TNT Show as Gilbert, a teenage 'special needs' boy who interviews celebrities, alongside his disabled crew members. In 2010, Channel 4 commissioned a five-part comedy sketch show - The Morgana Show. Channel 4's head of comedy, Shane Allen, said: "Discovering, supporting and nurturing new talent is at the heart of Channel 4 comedy’s remit, and in Morgana we really feel we’ve found a fresh performer with a huge amount of potential".

In 2012, Robinson starred in the Channel 4 sketch show Very Important People also starring Terry Mynott. In the show, she impersonates a variety of celebrities, including Frankie Boyle, Danny Dyer, Amy Childs and Adele. At the 2012 British Comedy Awards she won Best Comedy Breakthrough Artist Robinson was born in Australia but brought up in England. She attended the exclusive Benenden Boarding School. Robinson has four elder paternal half-siblings, one of which is Brody Dalle (born Bree Joanna Alice Robinson) of former American punk rock band The Distillers and alternative rock band Spinnerette. Neither was aware of being related until 2004 when they met at one of Dalle's concerts at the London Astoria. 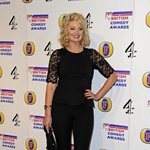 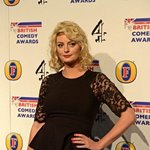