Getting his start at age 6 when he had to replace a model in a photo shoot at his family's dance studio, Michael Angarano began his career as a New York City Ford Model. He later appeared in a TV commercial for McDonald's.

At age 7, Angarano appeared as David Duchovny's son in a May 1995 episode of NBC's comedy show "Saturday Night Live" and was spotted as a guest in an episode of CBS’ drama series "New York News." In 1996, he made his feature debut in director Herb Gardner's film adaptation of his own Tony Award-winning comedic play, "I'm Not Rappaport," starring Walter Matthau and Ossie Davis.

Angarano followed it up with roles in the films "Childhood's End" (1997), Jeff Lipsky's "For Richer or Poorer" (1997) and "River Red" (1998), Eric Drilling's independent drama starring Tom Everett Scott. He also appeared in the made-for-television movies "Stranger in My Home" (1997) and "Grace & Glorie" (1998), an adaptation of Tom Ziegler's play, as well as in an episode of CBS’ sitcom remake of BBC's "Absolutely Fabulous," "Cybill," starring Cybill Shepherd, and the NBC drama "The Pretender."

In 1998, Angarano became a temporary replacement in the NBC daytime soap opera "Another World," taking the role of Steven Michael Frame, which was previously played by John Nash, Christopher Conroy, and Spencer Treat Clark.

When his contract with "Another World" ended, Angarano joined the cast members of the CBS long-running daytime soap opera "As the World Turns," playing Matthew John "M.J." Dixon #2 (1999). That same year, he also guest starred in an episode of UPN’s sci-fi series "Seven Days" and returned to the big screen as Meryl Streep's violin-playing son Nick (at age 7) in the Oscar-nominated musical biopic "Music of the Heart," which was helmed by Wes Craven and also stars Aidan Quinn, Gloria Estefan, and Angela Bassett. For his work in the film, Angarano received a Young Artist Award nomination for Best Performance in a Feature Film or TV Movie - Young Ensemble and a YoungStar Award for Best Young Actor Performance in a Motion Picture Drama.

Hitting the new millennium, Angarano was cast in "Cover Me: Based on the True Life of an FBI Family" (2000-2001), a critically-acclaimed fact-based show starring Peter Dobson. His portrayal of Chance Arno later earned Angarano a Young Artist Award nomination for Best Performance in a TV Drama Series - Supporting Young Actor and a YoungStar Award for Best Young Ensemble Cast – Television.

He also co-starred as a 12-year-old clumsy new kid on the block in Blair Treu's independent family film "Little Secrets" (2001), which premiered in that year's Heartland Film Festival and made its limited theatrical release in 2002. He then co-starred with Ken Olin and Teri Hatcher in an unsold TV pilot called "Say Uncle" (2001).

From 2001 to 2006, Angarano had a recurring role as Elliot on the NBC popular Emmy Award-winning sitcom starring Eric McCormack and Debra Messing, "Will & Grace."

On the small screen, Angarano acted in the TV movies "Maniac Magee" (2003), based on Jerry Spinelli's book in which Angarano played the title role of the mysterious orphan boy, "My Life with Men" (2003), a family/comedy, and "Speak" (2004), inspired by Laurie Halse Anderson's novel. He also guest starred in the hit NBC medical drama "E.R.," ABC’s sitcom "Less Than Perfect," UPN’s law drama "Kevin Hill," and the WB drama "Summerland."

In 2005, Angarano starred with Kurt Russell and Kelly Preston in a Disney movie directed by Mike Mitchell, "Sky High." About his character in the film, Angarano described, "I went to an all-boys private Catholic high school in the Valley. I actually went. I didn't get home schooled. I'm from New York too, and I moved out to L.A. So, my freshman year of high school, I really didn't know anybody. My whole first month was definitely the awkward stage that I drew from for Sky High. That first day where Will is just trying to fit in under the radar and not make a big deal - I definitely know what he's doing. That was my first month of high school."

The following year saw Angarano as Cynthia Nixon's teenage son in Alex Steyermark's "One Last Thing" (2006). Afterward, he began filming "Black Irish," writer/director Brad Gann's dramatic film for which he won a Method Fest Award for Best Actor for his turn as Brendan Gleeson's baseball star son Cole (Tom Guiry played his criminal brother and Emily VanCamp played his pregnant sister). He also played the lead role of a teenager who ends up in juvenile detention and a psychiatric center after escaping an abusive home, in writer/director Eric Allen Bell's biographical drama, "Bondage."

Recently, in 2007, Angarano won a Method Fest Award again, this time for Best Ensemble Cast, for his performance in writer/director Michael Schroeder's drama comedy "Man in the Chair," in which he acted opposite Christopher Plummer. He also supported Sean Astin in David Mickey Evans' baseball film, "The Final Season," and played a recurring role as Scott Wallace in the Fox critically-acclaimed show starring Kiefer Sutherland, "24."

Angarano will soon complete his upcoming film with Jet Li and Jackie Chan, "The Forbidden Kingdom," an action film by director Rob Minkoff, and will provide his voice in an animated feature called "Noah's Ark: The New Beginning." He will also co-star with Sam Rockwell in Jared Hess' new comedy movie, "Gentlemen Broncos," in which he will play an aspiring fantasy writer. 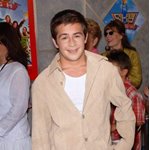 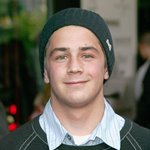 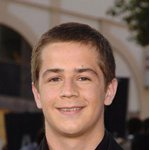