Matt Ryan is an American football quarterback for the Atlanta Falcons of the National Football League (NFL). He was drafted in the first round as the third overall pick in the 2008 NFL Draft after playing college football at Boston College.

He was Boston College's starter from 2005 to 2007, leading them to three bowl victories and a 25-7 record in 32 starts. He threw for 200 or more yards 15 times and is fifth all-time in school history in passing yards and in pass completions. He earned MVP honors at the 2005 MPC Computers Bowl. On August 24, Ryan was named the starting quarterback for the September 7 regular season opener against the Detroit Lions becoming the first rookie quarterback to start a season for the Falcons since Michael Vick in 2001. In the game, Ryan completed his first NFL pass for a 62-yard touchdown to Michael Jenkins, becoming the first quarterback to throw a touchdown on his first career NFL pass since Michael Bishop of the New England Patriots in 2000. Ryan was sacked for the first time by Lions defensive player Dewayne White in his first win. The second game of the season against the Tampa Bay Buccaneers marked Ryan's first interception by rookie cornerback Aqib Talib and also by Sabby Piscitelli. In week 3 against the Kansas City Chiefs, he completed the then-longest TD pass in his career for 70 yards to Roddy White. The 70-yard touchdown pass to White was the longest pass completion for the Falcons since December 23, 2007, when Chris Redman threw a 74-yard touchdown pass.

In the same game Ryan completed passes to 6 different players. The following week, he threw for 194 yds and two TDs against the Green Bay Packers. His touchdown passes went to Roddy White and tight end Justin Peelle. The following week against the Chicago Bears Ryan led the Falcons to a comeback win. With 6 seconds left he completed a 26-yard strike to Michael Jenkins that set Jason Elam up for the game-winning field goal as time expired. Ryan finished the game 22-of-30 for a then career-high 301 passing yards. He also had a key fourth-quarter touchdown pass to Roddy White. On Atlanta's first offensive drive, Ryan completed all five of his pass attempts for 57 yards en route to a Falcons field goal and a 3–0 lead. Ryan was named Diet Pepsi Rookie of the week for his performance. Matt Ryan led the Falcons to their franchise best start of the season starting 8-0. Ryan had statistically one of his best seasons of his young career setting personal records in completions (422), percentage (68.6), yards (4,719), and touchdowns (32). The Falcons finished the season 13-3, with the first seed in the NFC. Ryan, who was 0-3 in the postseason coming into the playoffs, won his first postseason game in the NFC Divisional Round against the Seattle Seahawks, with Ryan orchestrating the final scoring drive that led to Matt Bryant'a game-winning field goal. Ryan finished with 250 passing yards, 68.6% completion percentage, 3 TD's and 2 interceptions.

In the NFC Championship Game against the San Francisco 49ers, Ryan threw for 396 yards and three touchdowns, but also committed two turnovers in crucial portions of the game, and later sprained the AC joint to his non-throwing shoulder as the Falcons went on to lose 28-24. No surgery is required, but the injury will take 3-4 weeks to heal and he missed the Pro Bowl because of it. 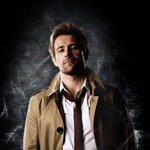 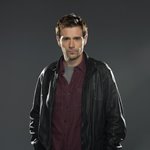 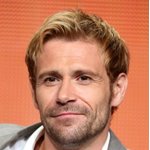 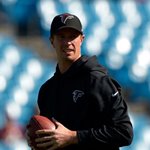 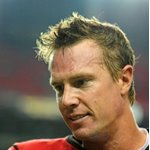 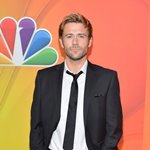 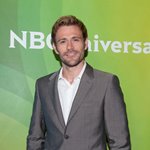